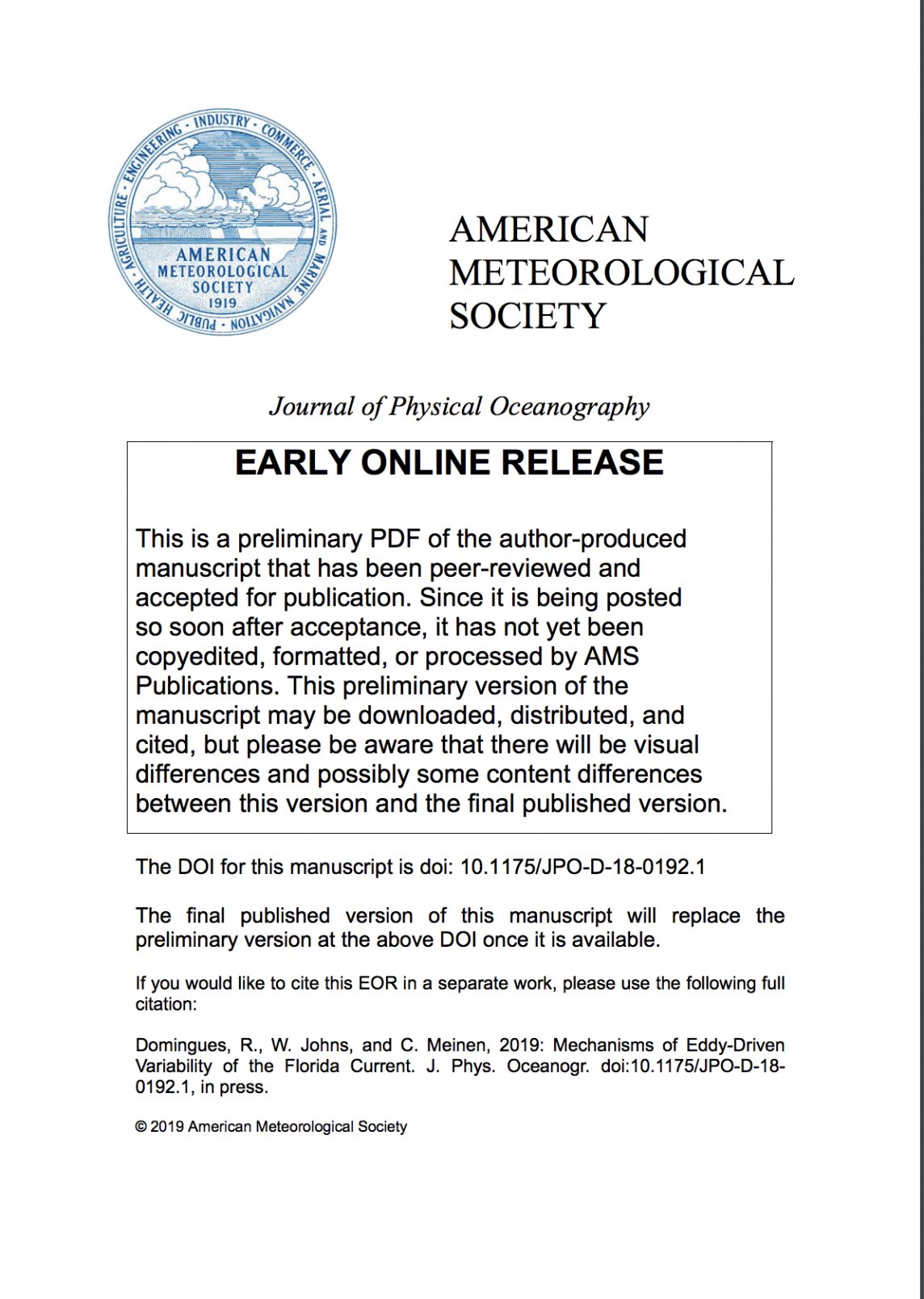 Abstract: In this study, mechanisms causing year-to-year changes in the Florida Current seasonality are investigated using controlled realistic numerical experiments designed to isolate the western boundary responses to westward propagating open ocean signals. The experiments reveal two distinct processes by which westward propagating signals can modulate the phase of the Florida Current variability, which we refer to as the “direct” and “indirect” response mechanisms. The direct response mechanism involves a two-stage response to open ocean anticyclonic eddies characterized by the direct influence of Rossby-wave barotropic anomalies, and baroclinic wall-jets that propagate through Northwest Providence Channel. In the indirect response mechanism, open ocean signals act as small perturbations to the stochastic Gulf Stream variability downstream, which are then transmitted upstream to the Florida Straits through baroclinic coastally trapped signals that can rapidly travel along the U.S. East Coast. Experiments indicate that westward propagating eddies play a key role in modulating the phase of the Florida Current variability, but not the amplitude, which is determined by its intrinsic variability in our simulations. Results from this study further suggest that the Antilles Current may act as a semi-permeable barrier to incoming signals, favoring the interaction through the indirect response mechanism. The mechanisms reported here can be potentially linked to year-to-year changes in the seasonality of the Atlantic Meridional Overturning Circulation, and may also be present in other western boundary current systems.