The Hurricane Research Division improves forecasts and helps NOAA create a weather-ready nation by collecting observations, assimilating data, and streamlining modeling and prediction sciences. Observations we collect during our annual Hurricane Field Program are used by forecast offices around the globe to better understand how to characterize and predict the life cycle of a storm. We create next generation numerical models, optimize current observations to improve forecast guidance, and study the structure and impacts of tropical cyclones. Click through our research themes to learn more about the work we do.

This research is aimed at improving our understanding of tropical cyclones through the application of fundamental physical principles of air motion, moist thermodynamics, and radiation.

This research is aimed at developing and improving both multi-layer numerical and statistical-dynamical models for use in real-time tropical cyclone (TC) track and intensity forecasting.

Data Assimilation uses observations of tropical storms and their environments to improve hurricane models and analyze the physics of storms. We aim to improve data assimilation techniques, simplifying data sets for use in research, and to test the effectiveness of experimental and planned observations.

The multi-faceted nature of hurricane hazards (winds, storm surge, waves, heavy rainfall, flooding, mudslides, etc) continues to result in natural disasters with loss of life and property. AOML scientists are involved in research to advance the understanding of these impacts. 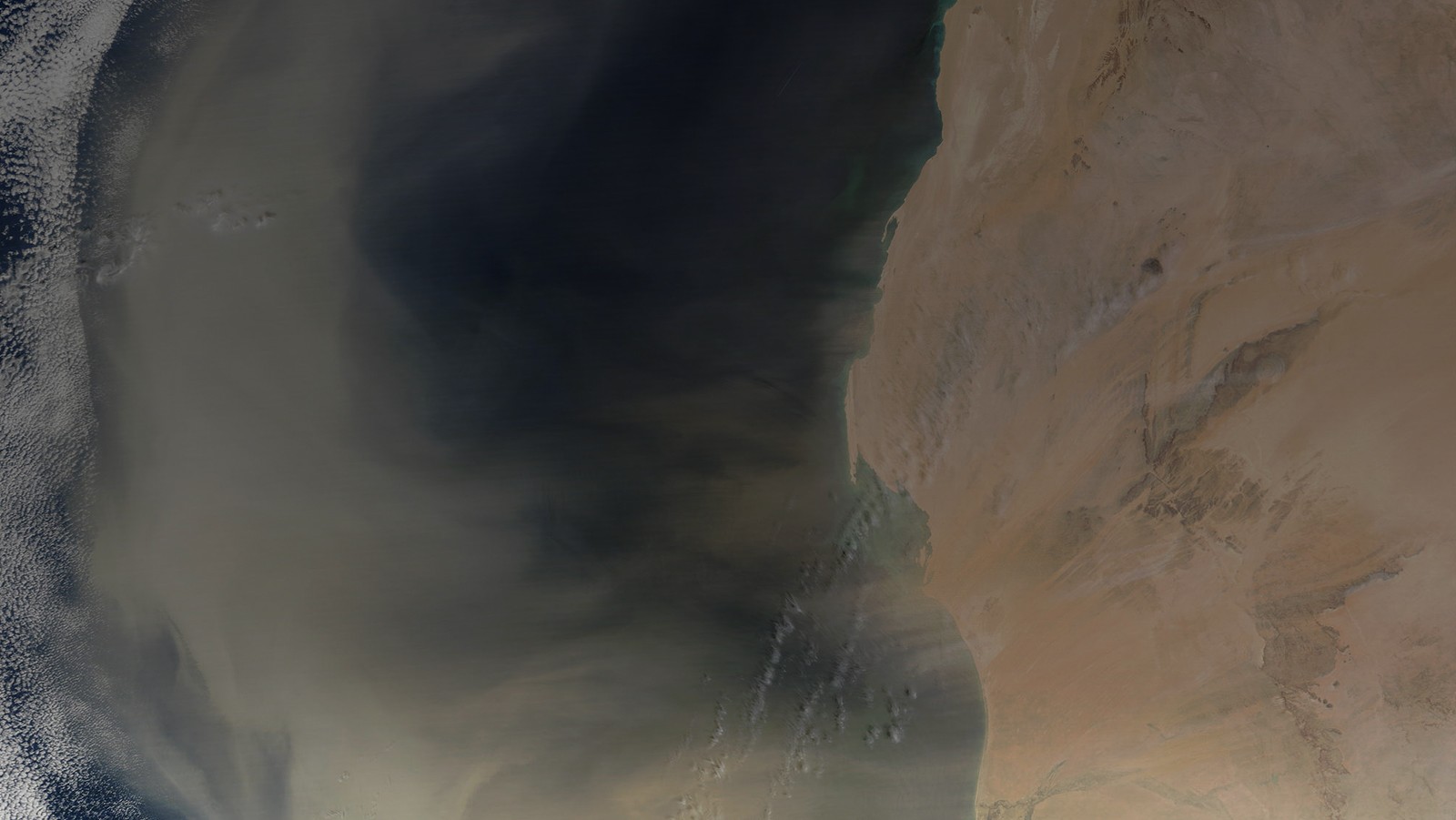 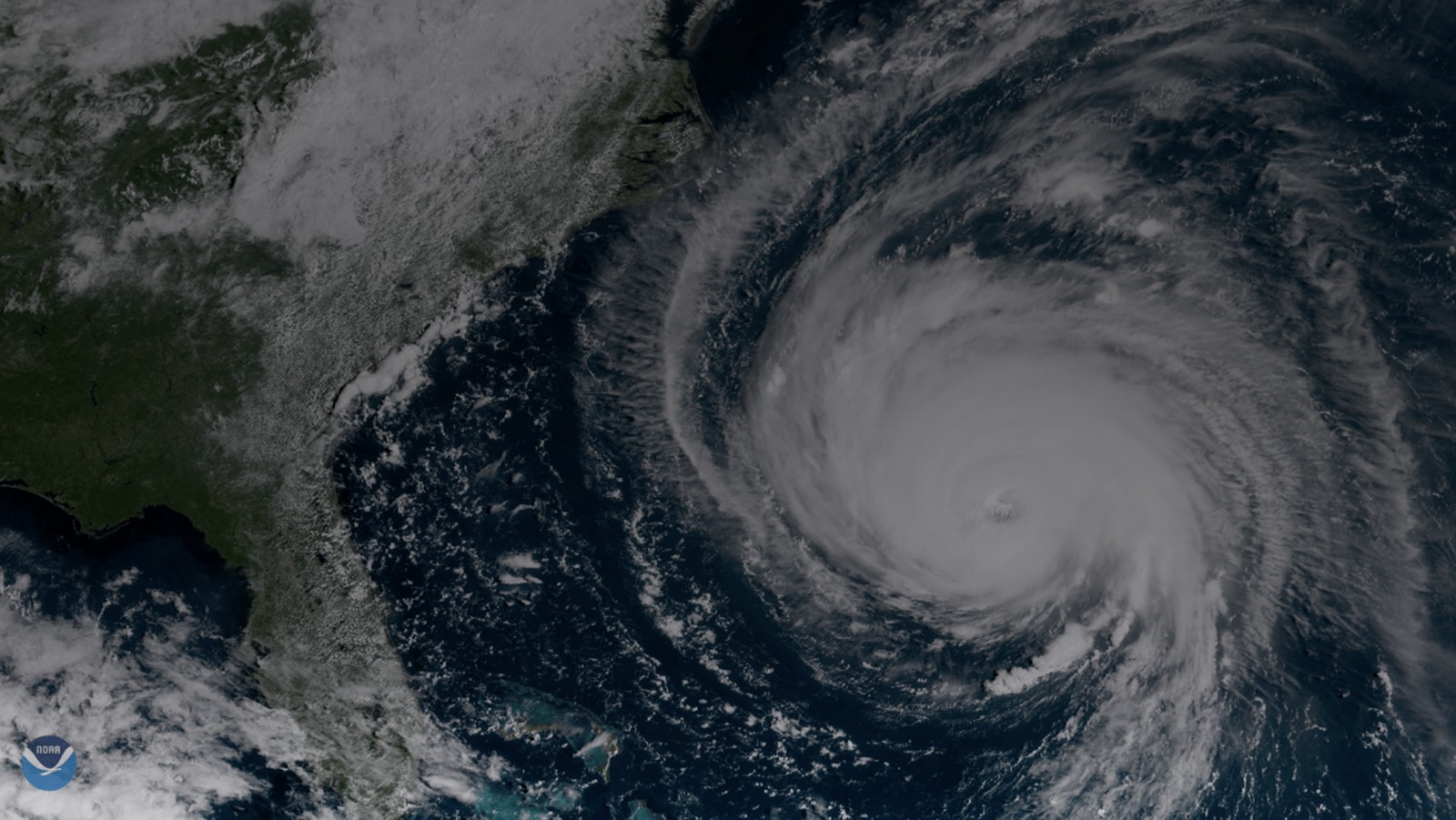 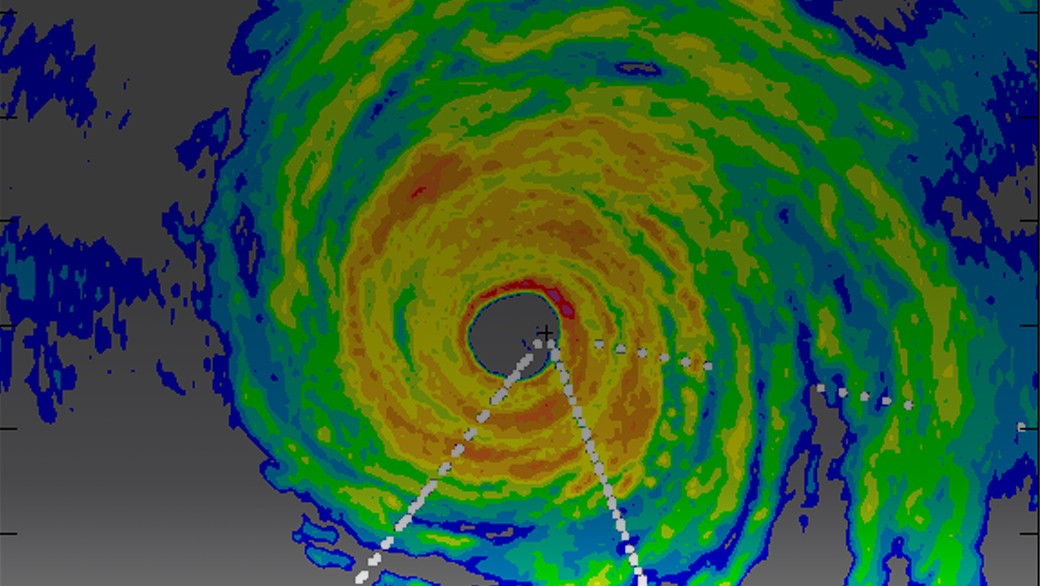 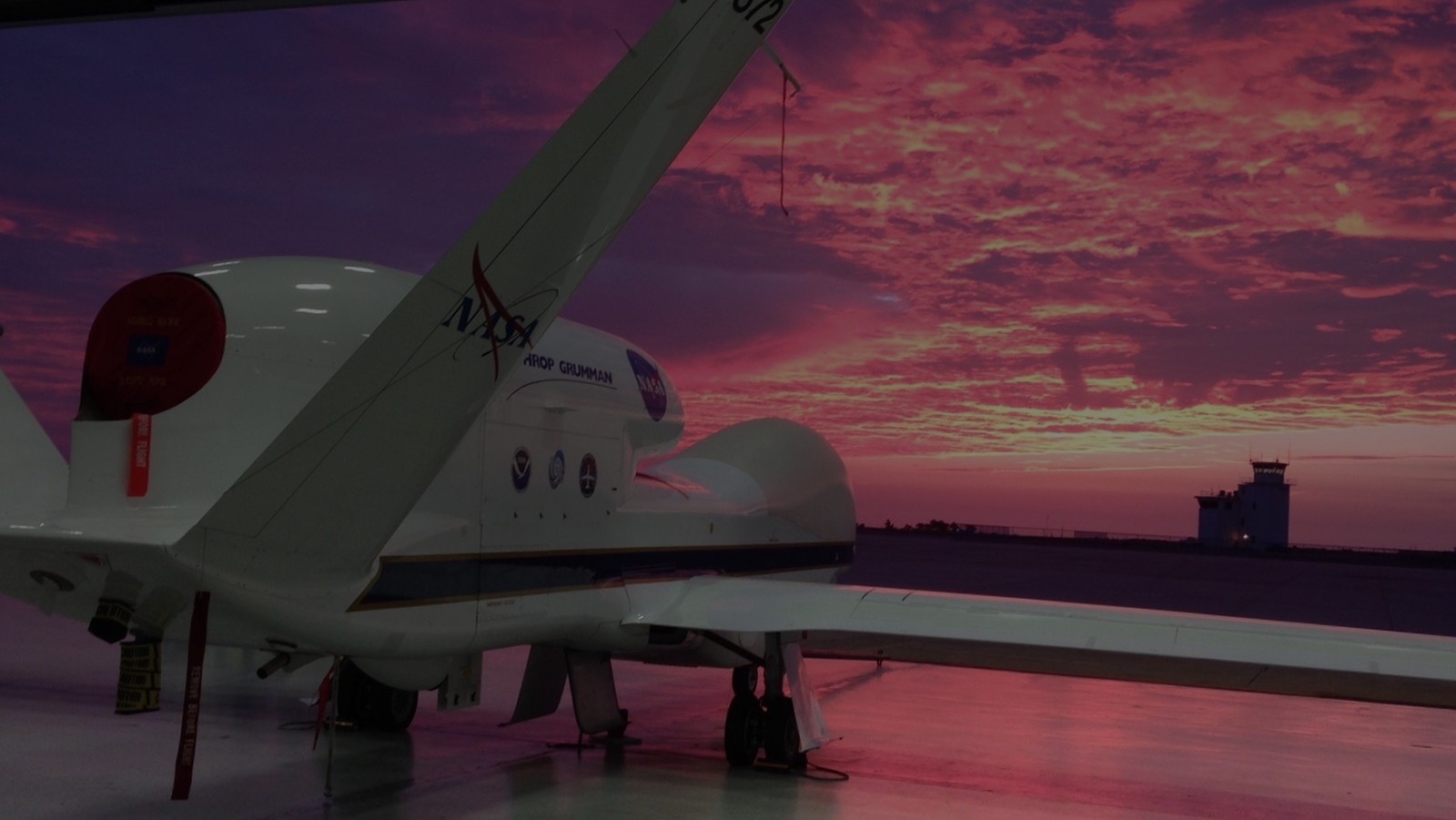 Operational Maps and Information for 2022

Each WP-3D aircraft has three radars: nose, lower fuselage, and tail. The nose radar (a solid-state C-band radar with a 5° circular beam) is used strictly for flight safety and is not recorded for research purposes. The lower fuselage and tail radars are used for operational and research purposes. The G-IV aircraft has a nose and a tail radar too.

Oceanographic instruments may be deployed from the WP-3D aircraft either from external chutes using explosive cads or from an internal drop chute. They activate upon hitting the ocean surface and radio sea temperature, salinity, and current information back to computers aboard the aircraft.

Among the suite of airborne remote sensing instruments available on the WP-3D aircraft for the purpose of measuring surface winds in and around tropical cyclones are the Stepped Frequency Microwave Radiometer and the C-band scatterometer (C-SCAT). The C-SCAT conically scans the ocean surfaceobtaining backscatter measurements from 20° to 50° off nadir

Data assimilation is a technique by which numerical model data and observations are combined to obtain an analysis that best represents the state of the atmospheric phenomena of interest. At HRD, the focus is on the utilization of a wide range of observations for the state analysis of tropical systems and their near environments to study their structure and physical/dynamical processes, and to improve numerical forecasts. Research includes the development and application of a state-of-the-art ensemble-based data assimilation system (the Hurricane Ensemble Data Assimilation System – HEDAS) with the operational Hurricane Weather Research and Forecast model, using airborne, satellite and other observations. In parallel, Observing System Simulation Experiments are conducted for the systematic evaluation of proposed observational platforms geared toward the better sampling of tropical weather systems.

AOML developed the high-resolution HWRF model, the first 3 km-resolution regional model to be officially adopted and run operationally by the National Hurricane Center at the start of the 2012 hurricane season. This state-of-the-art research involved the following key elements:

High-resolution numerical model developments;
Advancements to physical parameterizations for hurricane models based on observations;
And above all, advancements in the basic understanding of hurricane processes.

In collaboration with NCEP‘s Environmental Modeling Center, and with the vital support of NOAA‘s Hurricane Forecast Improvement Project (HFIP), we are fully committed for years to come to the development and further advancement of NOAA‘s HWRF modeling system. A basin-sale version of the HWRF model is now in transition to operations. Visit the Hurricane Modeling and Prediction page to learn more.

The world’s largest yearly gathering for the weather, water and climate community took place earlier this month in Denver, Colorado. Scientists from NOAA’s Atlantic Oceanographic and Meteorological Laboratory (AOML) participated in the 103rd annual American Meteorological Society (AMS) meeting from January 8 – 12, both virtually and in-person. Formal presentations, posters, panel discussions and town hall meetings were all featured during the meeting.

Wrapping up the 2022 Atlantic Hurricane Season

How do weak, misaligned tropical cyclones evolve towards alignment? A multi-case study using the Hurricane Analysis and Forecast System

This overview report includes work on the Hurricane Analysis and Forecasting System (HAFS), a set of moving, high-resolution nests around tropical cyclones in the global weather model, and the AOML Hurricane Model Viewer.

Abstract: Unique data from seven flights of the Coyote small unmanned aircraft system (sUAS) were collected in Hurricanes Maria (2017) and Michael (2018). Using NOAA’s P-3 reconnaissance aircraft as a deployment vehicle, the sUAS collected high-frequency (>1 Hz) measurements in the turbulent boundary layer of hurricane eyewalls, including measurements of wind speed, wind direction, pressure, temperature, moisture, and sea surface temperature, which are valuable for advancing knowledge of hurricane structure and the process of hurricane intensification. This study presents an overview of the sUAS system and preliminary analyses that were enabled by these unique data. Among the most notable results are measurements of turbulence kinetic energy and momentum flux for the first time at low levels (

Eye of the Storm: Observing Hurricanes with a Small Unmanned Aircraft System

Abstract: Unique data from seven flights of the Coyote small unmanned aircraft system (sUAS) were collected in Hurricanes Maria (2017) and Michael (2018). Using NOAA’s P-3 reconnaissance aircraft as a deployment vehicle, the sUAS collected high-frequency (>1 Hz) measurements in the turbulent boundary layer of hurricane eyewalls, including measurements of wind speed, wind direction, pressure, temperature, moisture, and sea surface temperature, which are valuable for advancing knowledge of hurricane structure and the process of hurricane intensification. This study presents an overview of the sUAS system and preliminary analyses that were enabled by these unique data. Among the most notable results are measurements of turbulence kinetic energy and momentum flux for the first time at low levels (

As our Hurricane Hunter Scientists make passes through the storm, they release small sensor packages on parachutes called dropsondes. These instruments provide measurements of temperature, pressure, humidity and wind as they descend through the storm. See more of our videos on YouTube. 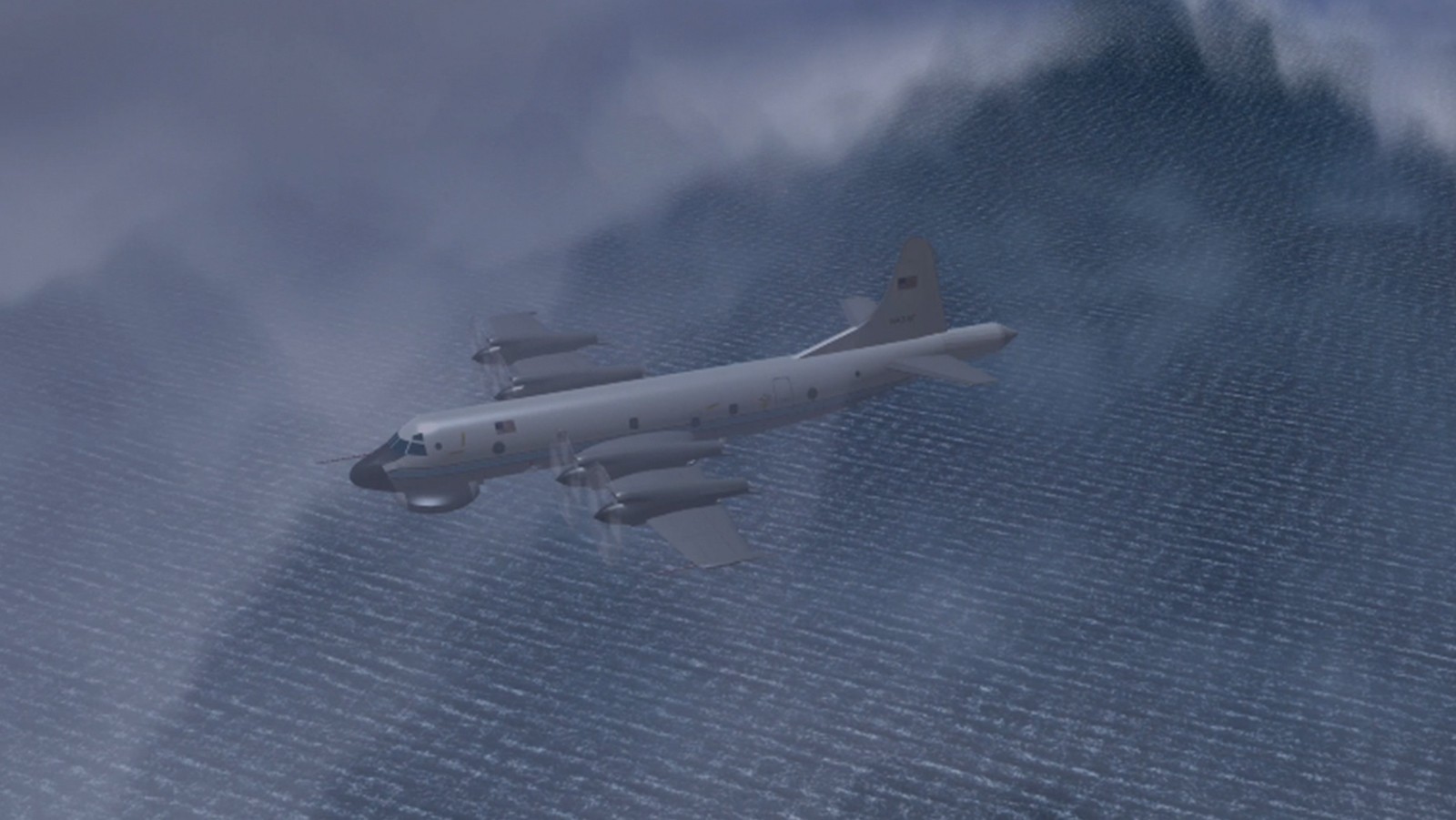 Radioactive fallout from such an operation would far outweigh the benefits and may not alter the storm.  Additionally, the amount of energy that a storm produces far outweighs the energy produced by one nuclear weapon.

How Much Energy is Released from a Hurricane?

The energy released from a hurricane can be explained in two ways: the total amount of energy released by the condensation of water droplets (latent heat), or the amount of kinetic energy generated to maintain the strong, swirling winds of a hurricane. The vast majority of the latent heat released is used to drive the convection of a storm, but the total energy released from condensation is 200 times the world-wide electrical generating capacity, or 6.0 x 1014 watts per day. If you measure the total kinetic energy instead, it comes out to about 1.5 x 1012 watts per day, or ½ of the world-wide electrical generating capacity. It would seem that although wind energy seems the most obvious energetic process, it is actually the latent release of heat that feeds a hurricane’s momentum.

In addition to hurricane-favorable conditions such as temperature and humidity, many repeating atmospheric phenomenon contribute to causing and intensifying tropical cyclones. For example, African Easterly Waves are winds in the lower troposphere (ocean surface to 3 miles above) that travel from Africa at speeds of about 3mph westward as a result of the African Easterly Jet. These winds are seen from April until November. About 85% of intense hurricanes and about 60% of smaller storms have their origin in African Easterly waves.

The Saharan Air Layer is another significant seeding phenomenon for tropical storms.  It is a mass of dry, mineral-rich, dusty air that forms over the Sahara from late spring to early fall and moves over the tropical North Atlantic every 3-5 days at speeds of 22-55mph (10-25 meters per second). The air mass is 1-2 miles deep, exists in the lower troposphere, and can be as wide as the continental US. These air masses have significant moderating impacts on tropical cyclone intensity and formation because the dry, intense air can both deprive the storm of moisture and interfere with its convection by increasing the wind shear.

Many tropical cyclones form due to these larger scale atmospheric factors. Hurricanes that form fairly close in our basin are called Cape Verde hurricanes, named for the location where they are formed. Cape Verde origin hurricanes can be up to five per year, with an average of around two.

Why are Tropical Cyclones Always Worse on the Right Side?

If a hurricane is moving to the west, the right side would be to the north of the storm, if it is heading north, then the right side would be to the east of the storm. The movement of a hurricane can be broken into two parts- the spiral movement and its forward movement. If the hurricane is moving forward, the side of the spiral with winds parallel and facing forward in the direction of movement will go faster, because you are adding two velocities together. The side of the spiral parallel to the movement, but going in the opposite direction will be slower, because you must subtract the velocity moving away (backwards) from the forward velocity.

For example, a hurricane with 90mph winds moving at 10mph would have a 100mph wind speed on the right (forward-moving) side and 80 mph on the side with the backward motion.

How are Hurricanes Named?

During the 19th century, hurricane names were inspired by everything from saints to wives to unpopular politicians. In 1978, it was agreed that the National Hurricane Center would use alternating men and women’s names following the practice adopted by Australia’s bureau of Meteorology three years earlier in 1975.

Today, a list of potential names is published by the United Nations World Meteorological Organization for the Atlantic basin. These names extend into 2023, and the list repeats every seventh year. If a particularly damaging storm occurs, the name of that storm is retired. Storms retired in 2017 include Harvey, Irma, Maria, and Nate. If there are more storms than names on the list in a given season, the National Hurricane Center will name them using the Greek alphabet. Lastly, if a storm happens to move across basins, it keeps the original name. The only time it is renamed if it dissipates to a tropical disturbance and reforms. 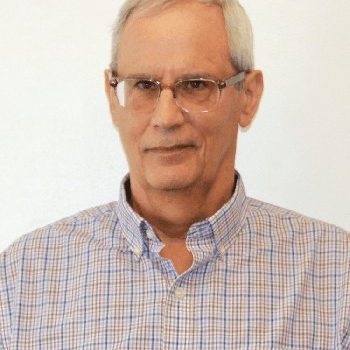 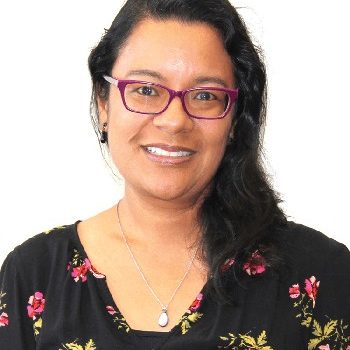 Frank Marks Takes a Selfie with Ms. Piggy- The P3 aircraft have nicknames. This one is called Miss Piggy after one of Jim Henson’s The Muppets character. Photo Credit, NOAA AOML.

Photo of the P3 flying science lab on the tarmac ready for its next flight. Photo Credit, NOAA AOML.

Scientist drops scientific instruments into the hurricane below to take measurements that improve our forecasts. Photo Credit, NOAA AOML.

The eye of a hurricane as seen by a P3 aircraft. Photo Credit, NOAA AOML.