The National Oceanic and Atmospheric Administration (NOAA) uses several advanced numerical weather prediction models to generate forecasts of tropical cyclone track and intensity. These tropical cyclone models have tremendous variations in grid structure, representation of physics, and how data is assimilated, all of which have important implications for forecast accuracy. NOAA’s operational Hurricane Weather Research and Forecasting (HWRF) model, jointly developed by our scientists at AOML and scientists with NOAA’s National Centers for Environmental Prediction, proved to be the most accurate operational NOAA hurricane forecasting model for intensity during the 2017 Atlantic season. 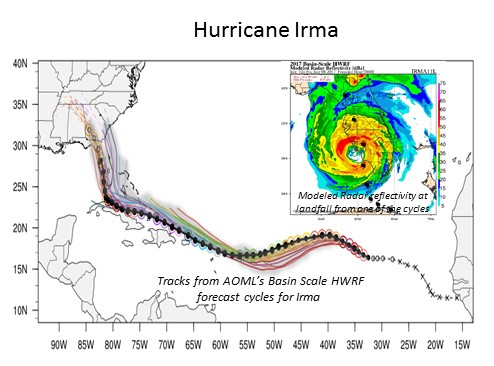 Additionally, during this year’s hurricane season, an experimental and more advanced version of HWRF, called the basin-scale HWRF, or HWRF-B, was run in parallel with the HWRF model for the entire 2017 hurricane season. Developed at AOML and supported by NOAA’s Hurricane Forecast Improvement Program, HWRF‑B demonstrated up to a 10% improvement in the track forecasts of Harvey and Irma, both high-impact landfalling tropical cyclones, over the current operational HWRF model.

This experimental system also accurately captured the rapid intensification of Harvey over several cycles in advance of landfall in Texas and provided guidance on tropical cyclone genesis forecasts that helped pinpoint tropical systems to be sampled by NOAA’s Hurricane Field Program. For the first time, tail Doppler radar wind data from NOAA’s P3 and Gulfstream-IV Hurricane Hunter aircraft were assimilated in real-time into HWRF-B. 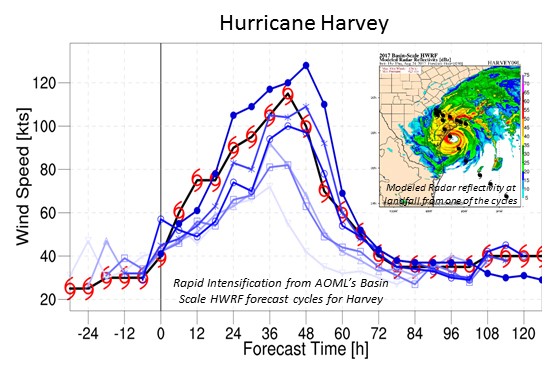 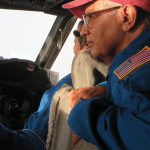 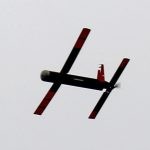 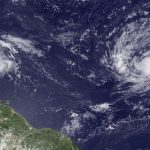 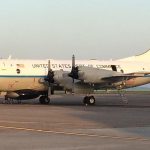 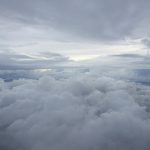 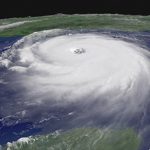