A new study by coral researchers from the University of Miami’s Cooperative Institute for Marine and Atmospheric Studies (CIMAS) and NOAA’s Atlantic Oceanographic and Meteorological Laboratory suggests that the physical oceanographic habitat characteristics-such as, temperature, light availability, and water flow, of corals, may influence microbe communities and health of coral reefs.  The results showed a link between physical habitat and coral microbiology in coral reefs in southeast Florida.

The Florida reef tract has been facing existential threats from warming oceans and the spread of disease resulting in coral bleaching and mortality.  In an effort to reverse coral decline, scientists are looking for methods to increase success of restoration efforts including outplanting corals to rebuild reefs along the Florida coast.  Physical location and the unique collection of microbes associated with corals (called the “microbiome”) may be indicators of successful growth in outplanted corals. The effects of sea temperature changes on corals has been well documented in previous studies, so the goal of this research was to determine other physical properties that have the potential to increase beneficial microbes in corals and ultimately increase outplant survival rates.

The study sampled two species of hard coral, mustard hill coral (Porites astreoides) and massive starlet coral (Siderastrea siderea) currently affected by a disease that is sweeping the Florida reef tract.  Scientists processed DNA from tissue samples collected from healthy colonies at four reefs and collected data on sea temperature, water quality, currents, and depth  from each reef to make correlations between these physical characteristics and microbial genetics of the corals.

The new insights from this study reveal that variability of the physical habitat could affect the genomics of natural microbial communities found in corals which impact how corals survive and thrive. How the physical habitat impacts corals can be used to improve ecosystem management and restoration efforts to improve coral survival.

“It’s important for us to consider how temperature, water quality, and ocean circulation can impact  the overall health and biology of coral colonies,” says CIMAS coral researcher Stephanie Rosales, “This study shows how physical habitat changes such as temperature, currents, and turbid waters may impact corals up to the microbial level which may affect the health and stability of coral restoration.” 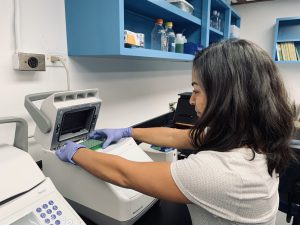 This research was funded by NOAA’s Coral Reef Conservation Program and by NOAA’s ‘Omics Initiative The samples and benthic habitat data were leveraged from funding provided by the Florida Department of Environmental Protection (FDEP). 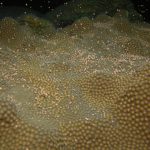 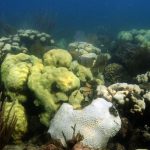 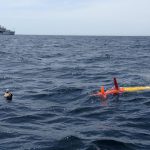 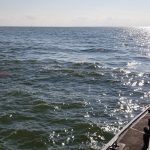 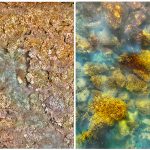 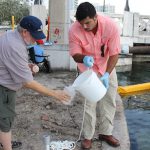 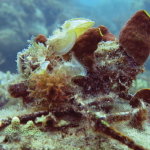