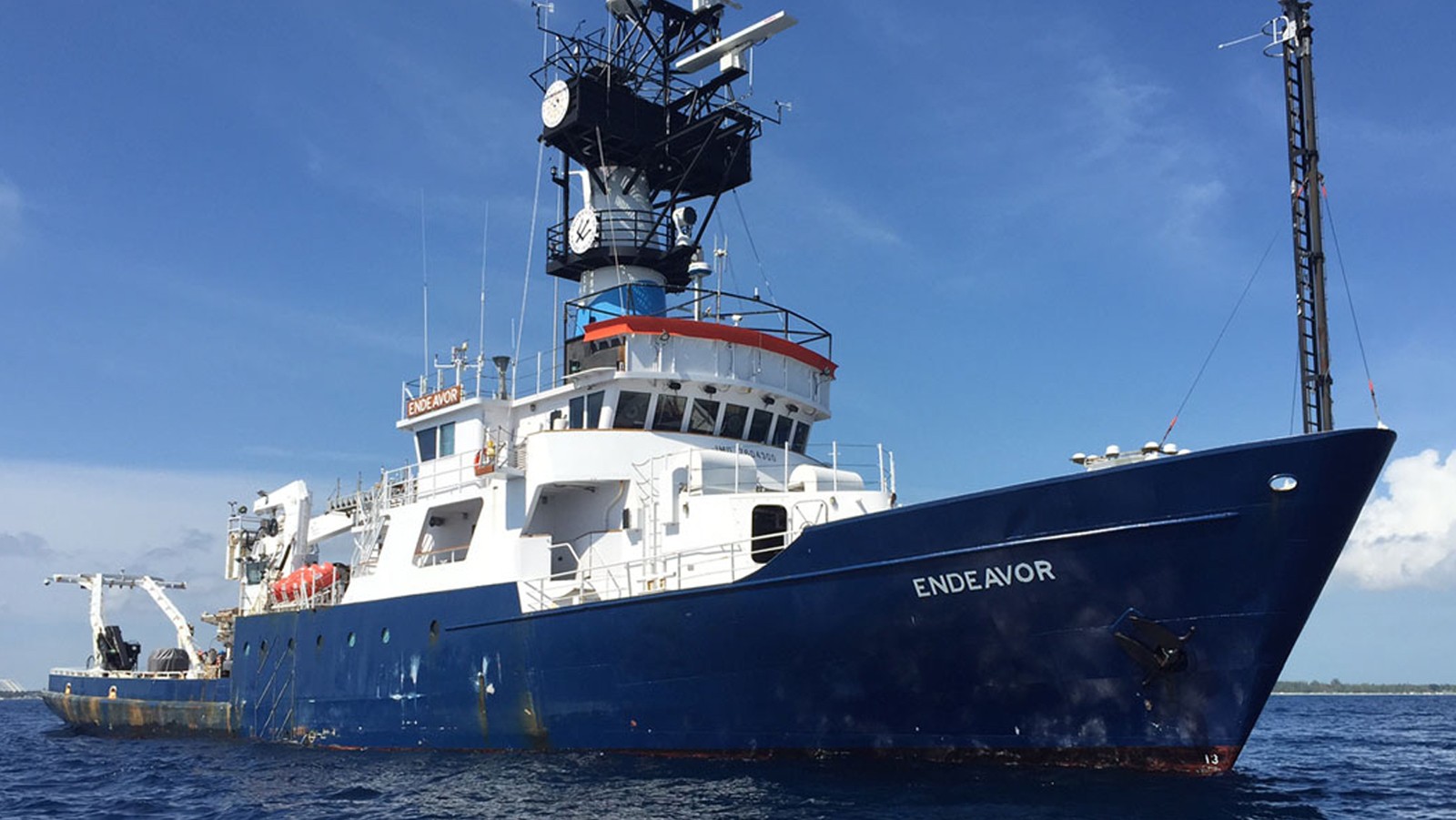 Researchers from the Physical Oceanography Division of AOML conduct regular hydrographic surveys to monitor the western boundary current system in the subtropical North Atlantic Ocean. These cruises are a part of the laboratory’s long-running Western Boundary Time Series (WBTS) project and are designed to monitor both the Florida Current, east of Florida in the Florida Straits, and the North Atlantic Deep Western Boundary Current east of the Bahamas in the North Atlantic Ocean. These western boundary currents are important parts of the Atlantic Meridional Overturning Circulation (AMOC). 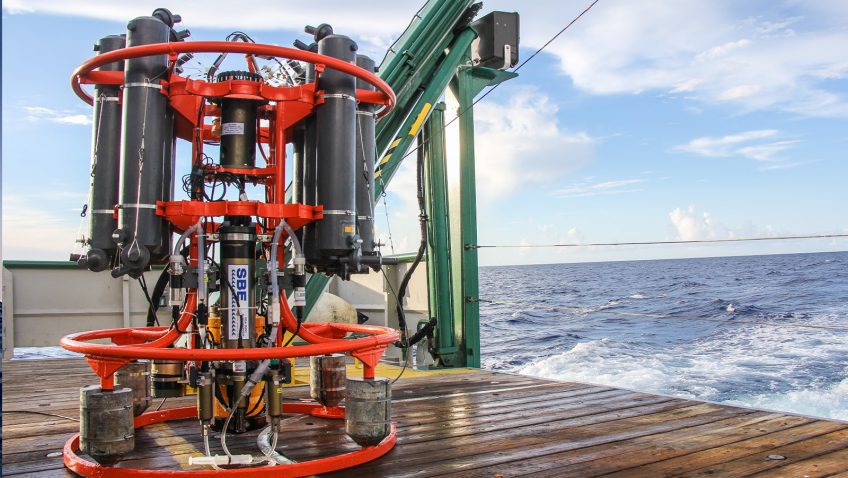 NOAA’s Western Boundary Time Series (WBTS) project, alongside partner projects RAPID and MOCHA, have been awarded the inaugural “Ocean Observing Team Award” by The Oceanography Society (TOS). This award recognizes innovation and excellence in sustained ocean observing for scientific and practical applications. The WBTS/RAPID/MOCHA team is recognized for significantly improving our understanding of Atlantic circulation through the breakthrough design of a basin-wide observing system using endpoint measurements to measure the variability of the overturning circulation across wide areas of the ocean. This design provided continuous, cost-effective measurements that led to a transformation in ocean observing and advances in scientific knowledge. 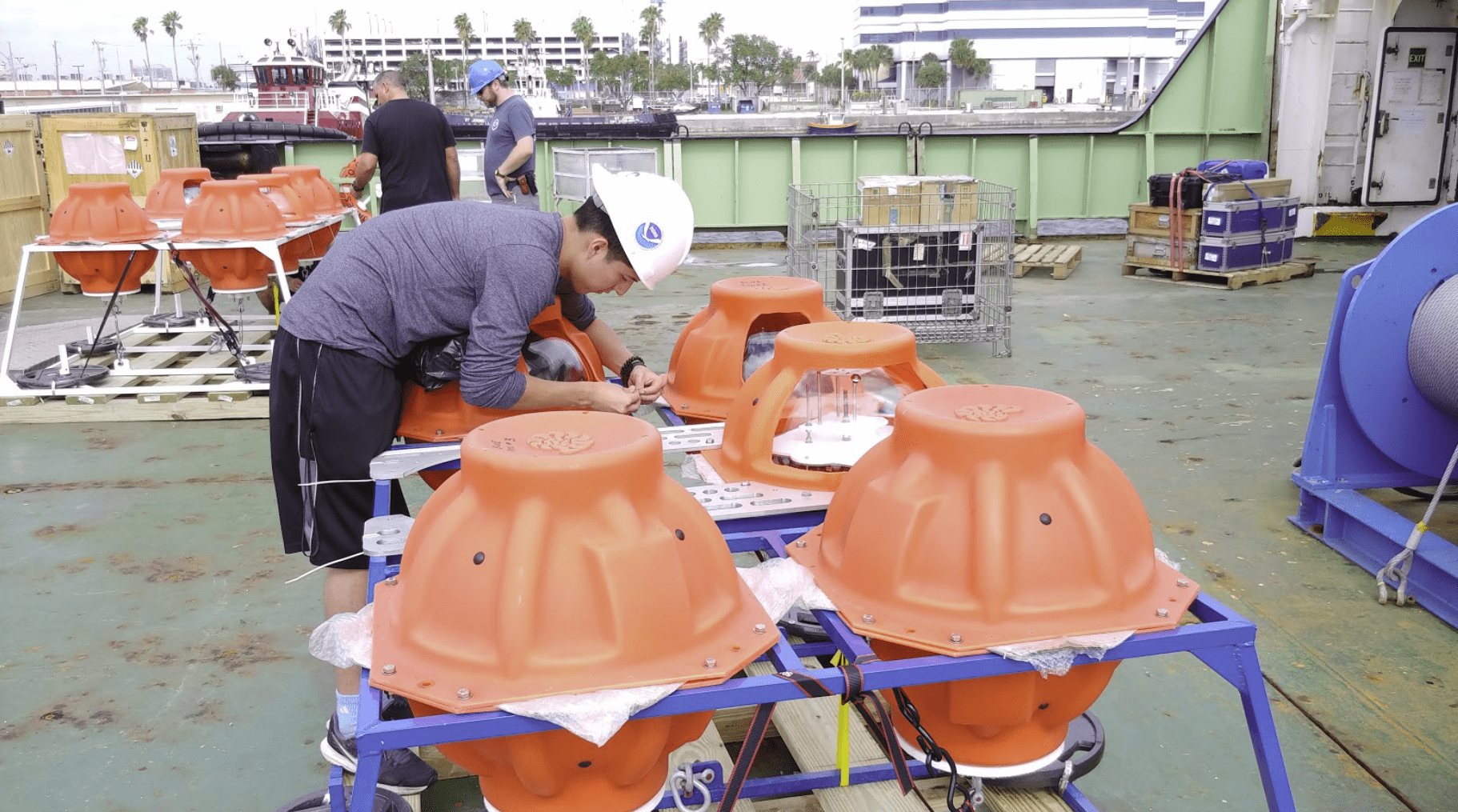 AOML is preparing to deploy two autonomous data pod systems with Pressure Inverted Echo Sounders near the eastern boundary of the North Atlantic during March 2020.  This will be the first full scale operational deployment of data pods, with a goal of providing a low-cost solution for the sustained Atlantic Meridional Overturning Circulation monitoring without the continuous use of a research vessel. 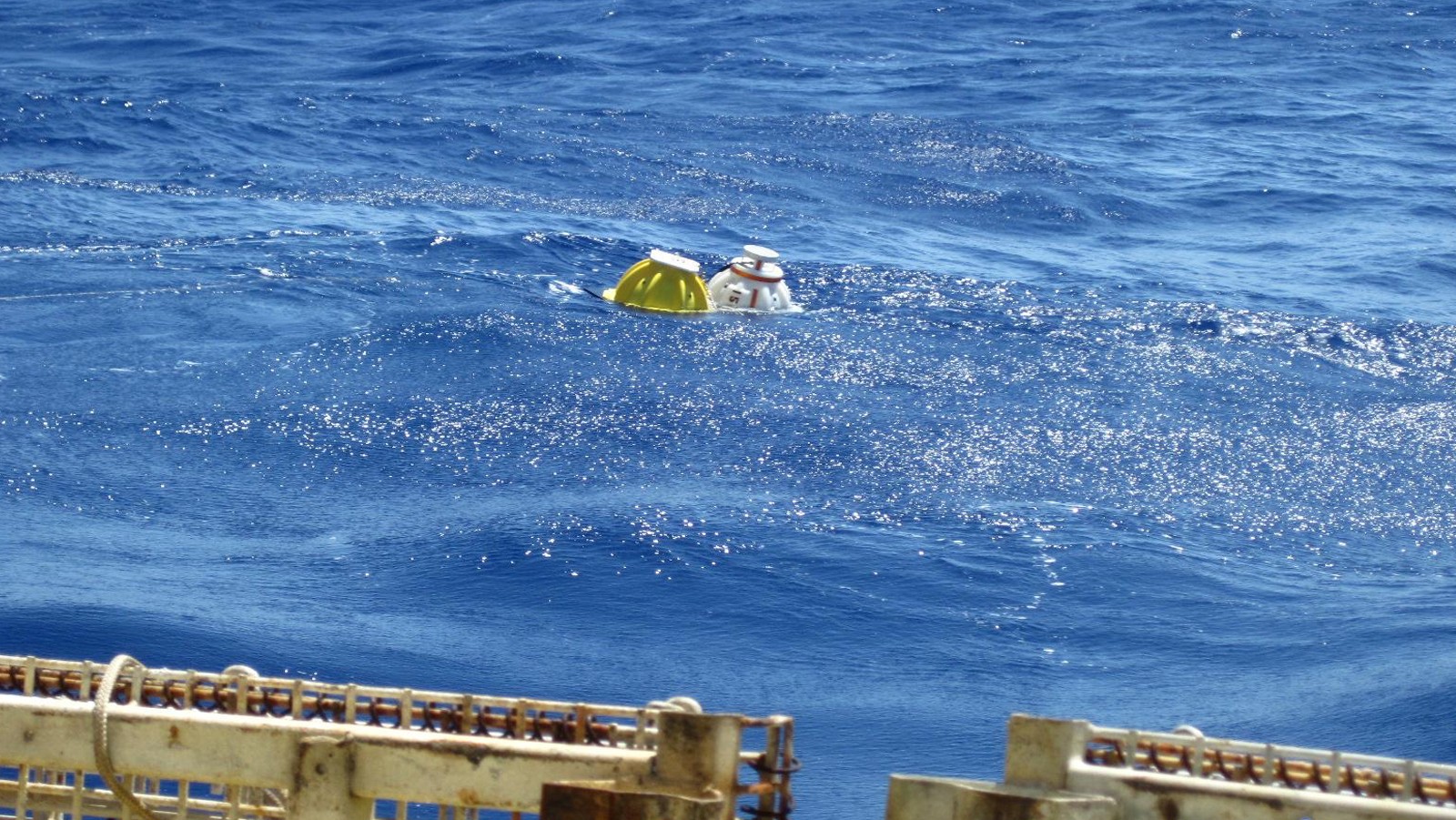 AOML scientists and colleagues from the University of Miami took part in a 17-day research cruise aboard R/V Endeavor in support of the NOAA-funded Western Boundary Time Series project. 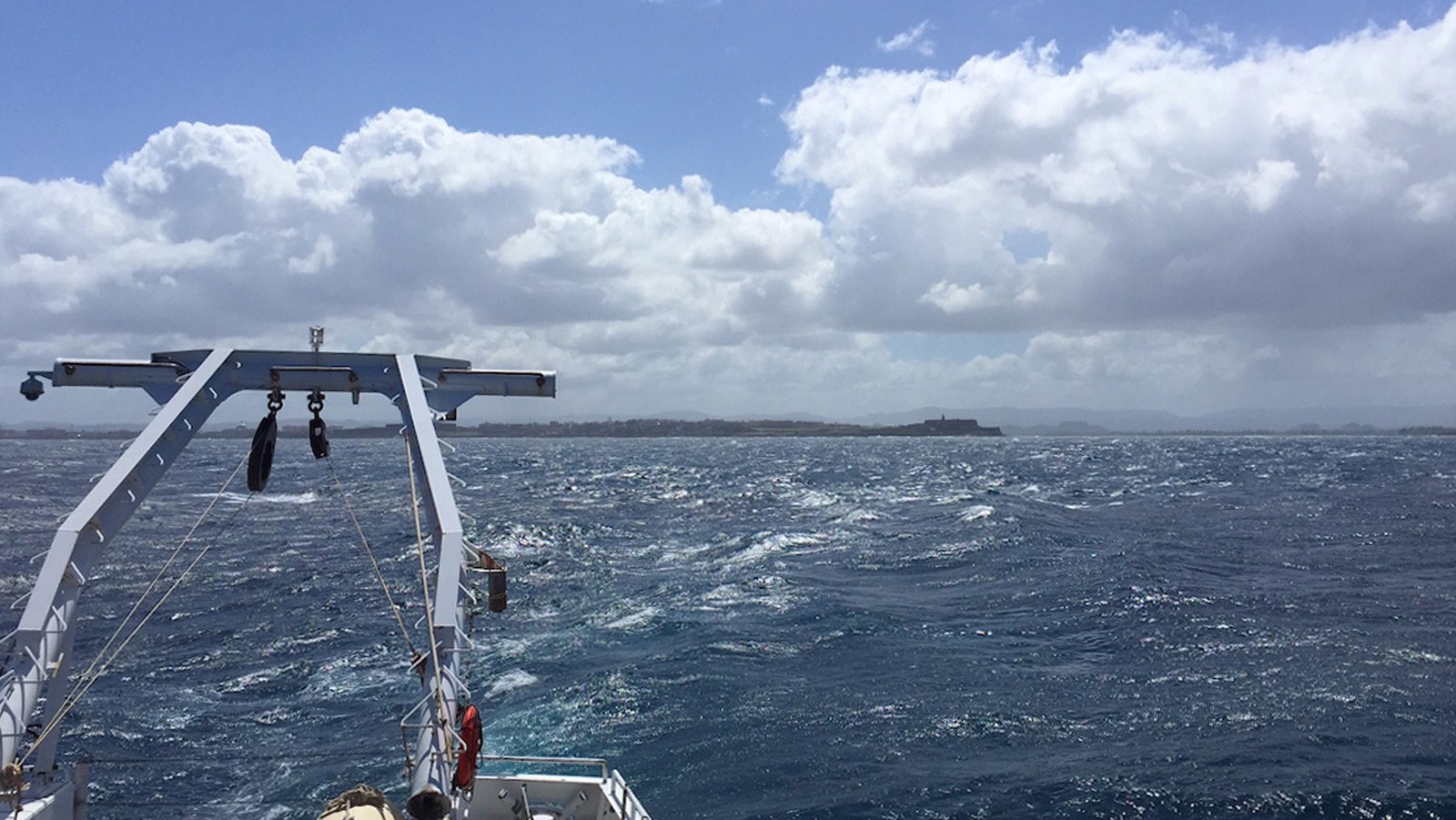 AOML researchers completed a Western Boundary Times Series cruise in February aboard the UNOLS Ship R/V Endeavor. The AOML team was supported by additional crew from the University of Puerto Rico. 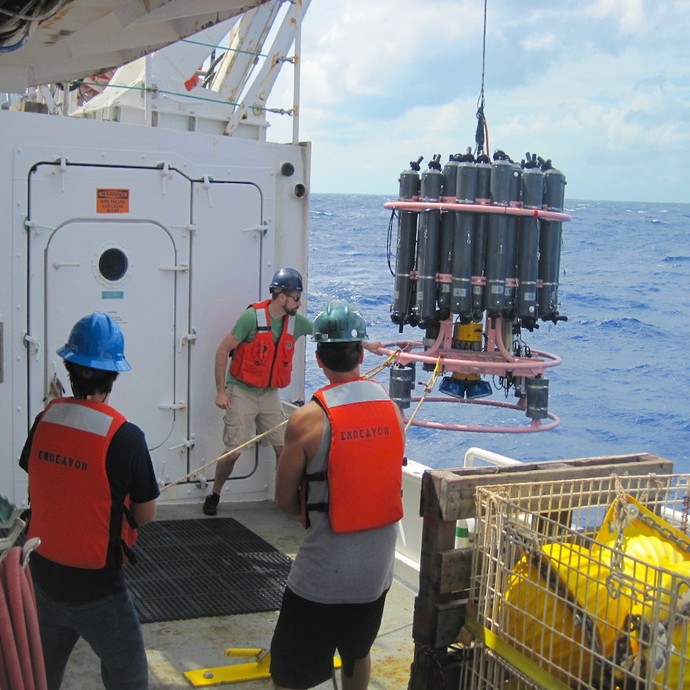 AOML oceanographers are participating in a joint research cruise to study the Meridional Overturning Circulation onboard the R/V Endeavor during October 3-20. The team will sail from Fort Lauderdale, FL to collect roughly 55 full-depth conductivity-temperature-depth (CTD) profiles in the Florida Current and the Deep Western Boundary Current east of the Bahamas. The scientists will also work with their partners from the University of Miami to recover, redeploy, and maintain three tall moorings and nine smaller moored instruments during this cruise in support of the NOAA Western Boundary Time Series project and its partner National Science Foundation project.

On October 15, 2015, the scientists, technicians, and engineers involved in the AOML Western Boundary Time Series (WBTS) project marked a milestone with the completion of the 100th successful dropsonde cruise in the Florida Current since the project’s inception in 2000. 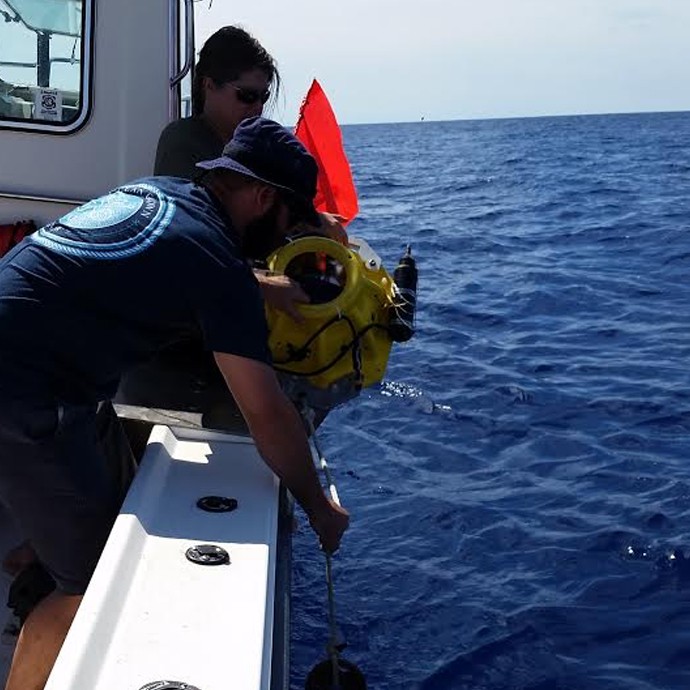 In October, AOML scientists, technicians and engineers involved in the Western Boundary Time Series (WBTS) project completed the 100th successful dropsonde cruise in the Florida Current since the project’s inception in 2000. The dropsonde cruises measure volume transport in the Florida Current using an out-of-service telephone cable between Florida and Grand Bahama Island. 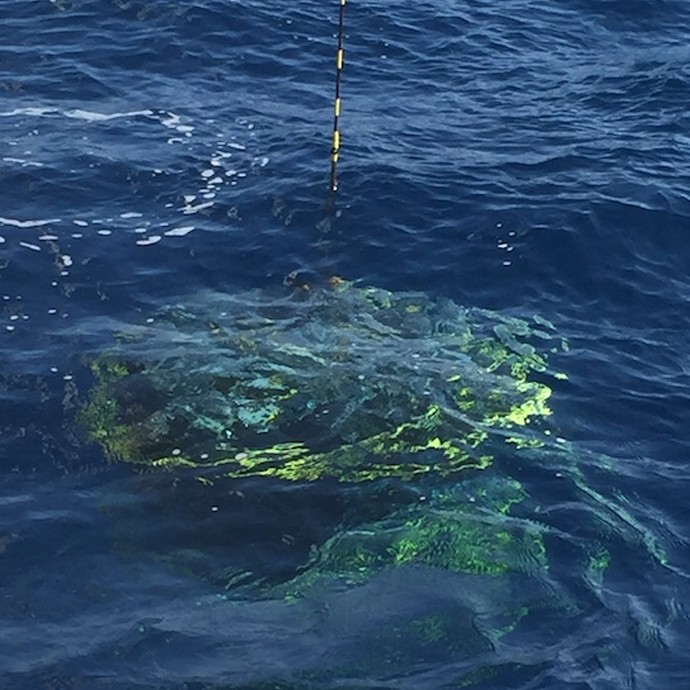 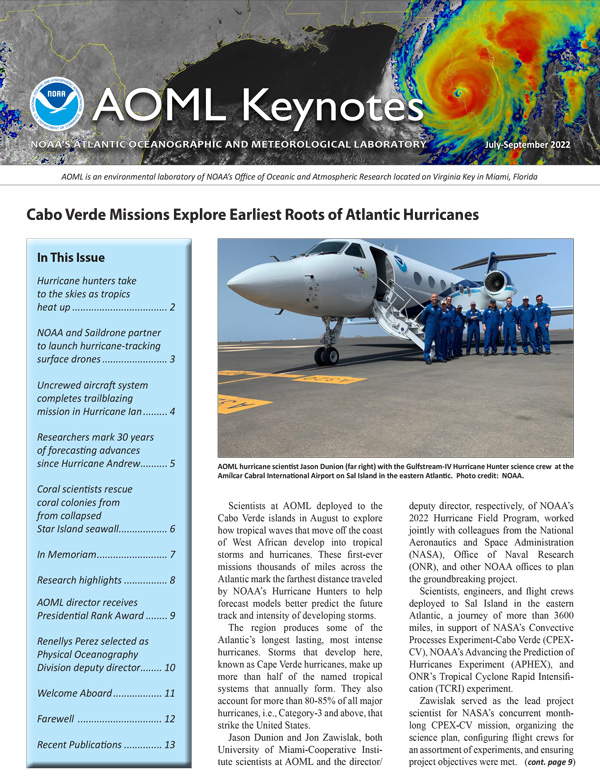