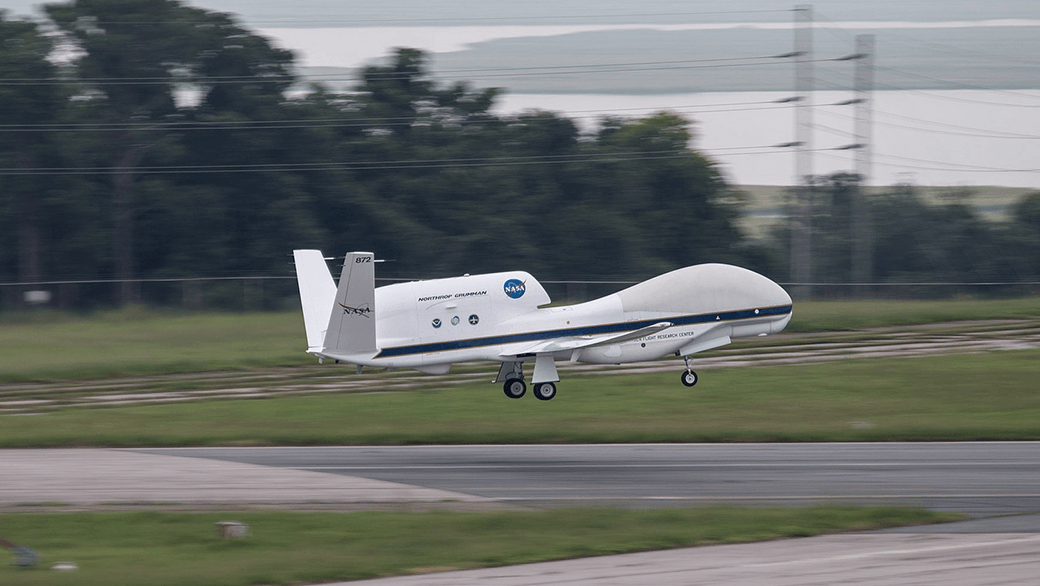 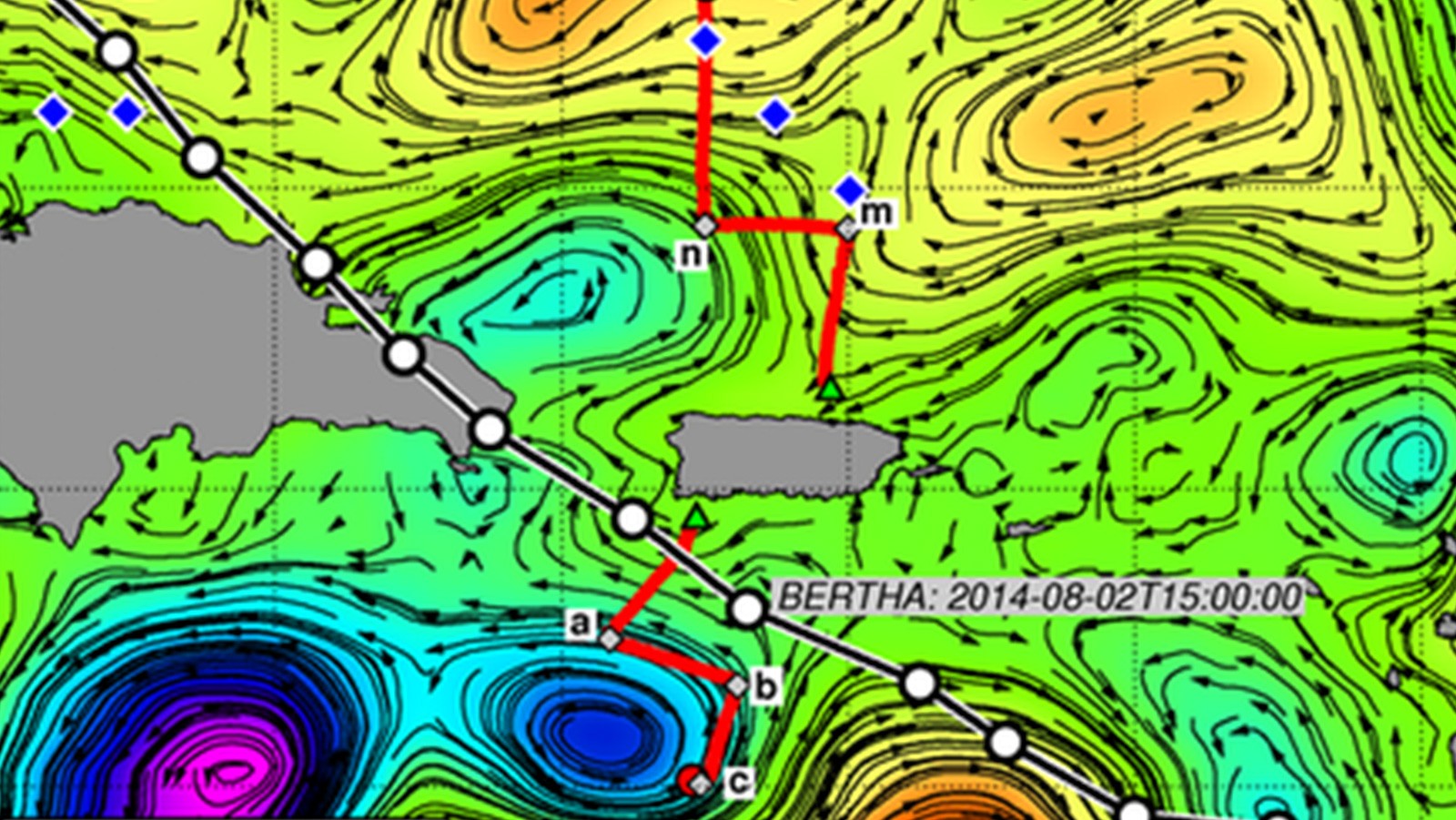 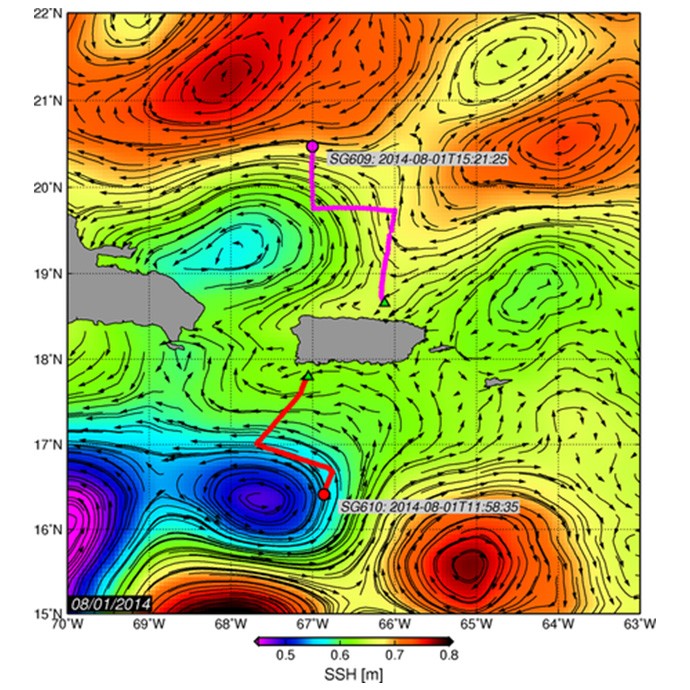 Underwater glider SG610, deployed on July 14, is located in the Caribbean Sea. This glider navigated in a SW, then in a SE, and now in a SW direction since it was deployed. The temperature and salinity profile observations indicate that on July 25 this glider started sampling waters of a cyclonic eddy that is now centered at approximately 16.5°N, 67.5°W, and has a radius of ~0.75deg as derived from satellite altimetry observations. These profile observations show a decrease in the salinity maximum, and a shallowing of the depth of this maximum salinity and of the depth of the 26°C isotherm. 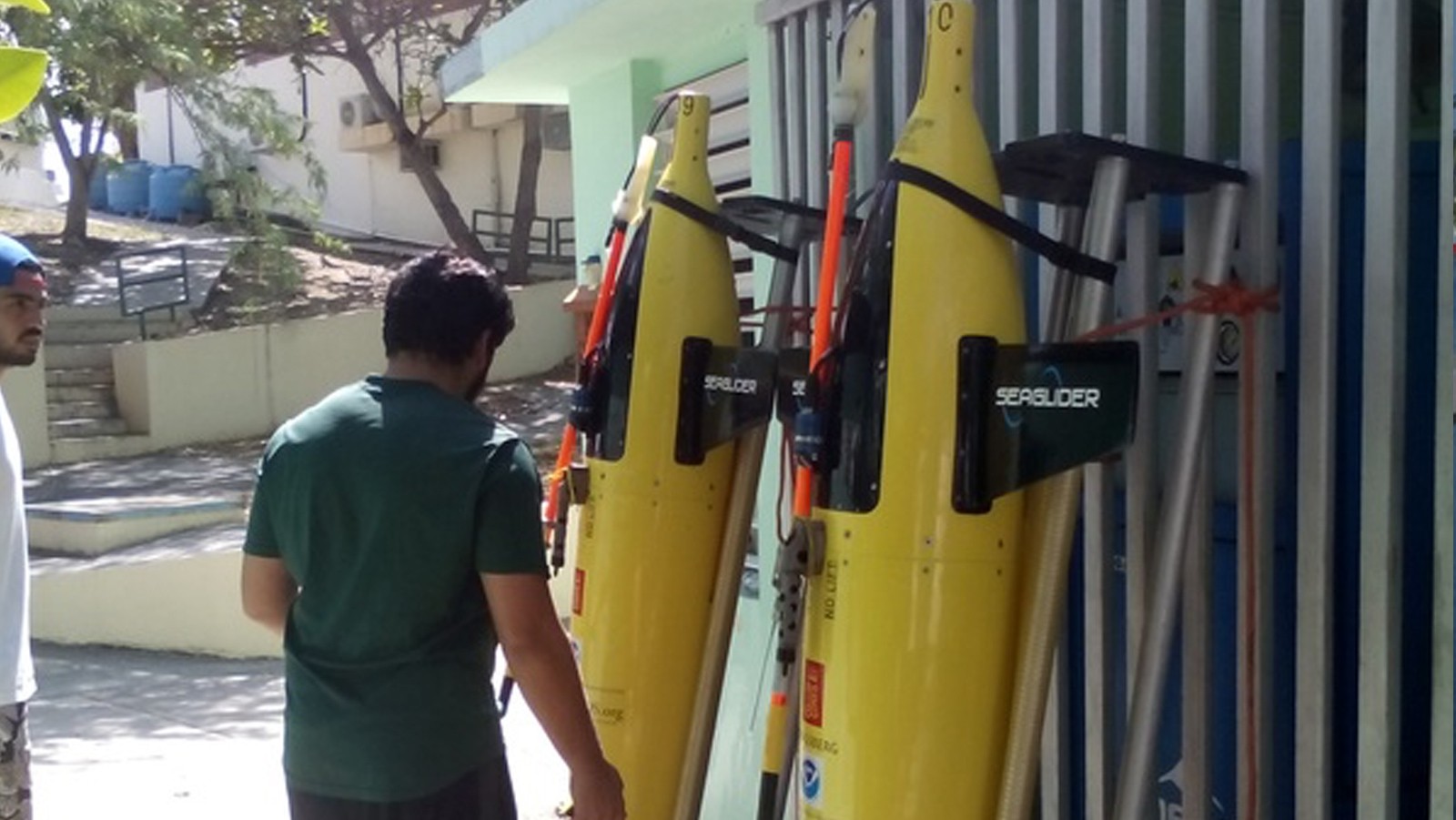 Scientists at NOAA’s Atlantic Oceanographic and Meteorological Laboratory are in the Caribbean to launch two underwater gliders from a vessel off Puerto Rico to collect temperature and other weather data to improve hurricane forecasting.One of the gliders will collect observations in the Caribbean Sea, and another in the North Atlantic Ocean. They are positioned to operate over the next six months (June-November) collecting data in areas where hurricanes are common and areas where there is a lack of environmental data.