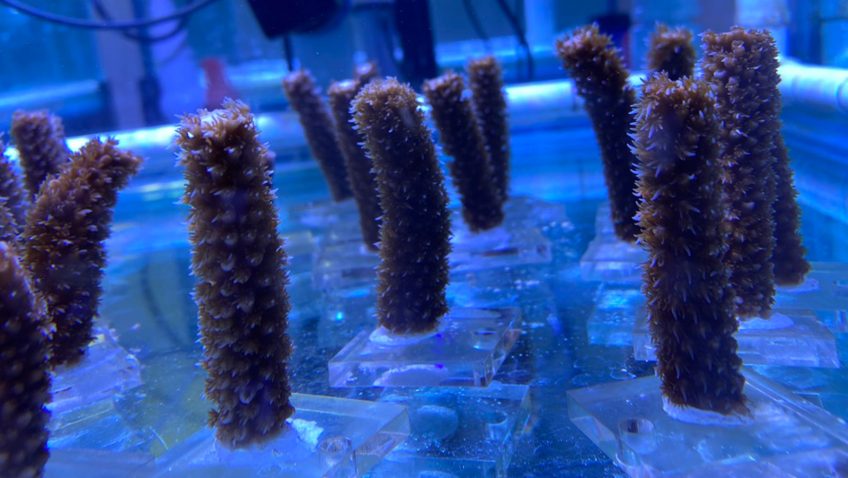 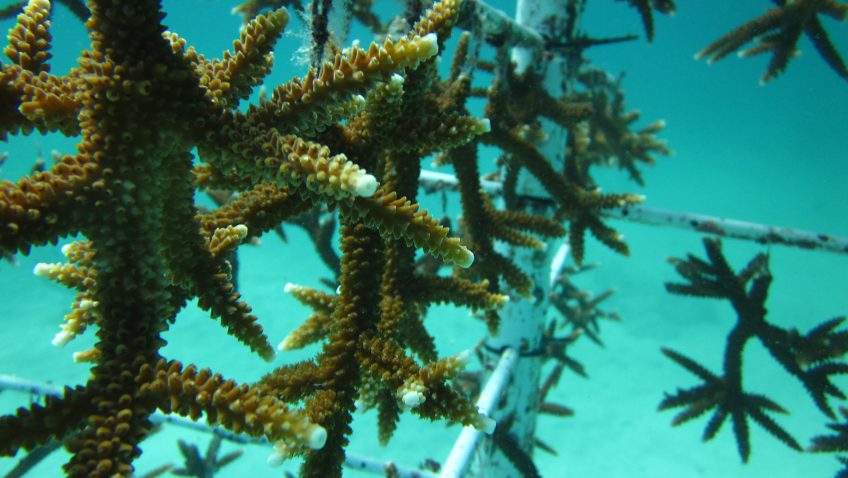 Heat Tolerant Corals May Be the Key to Improving Restoration Efforts

A new study by researchers at the University of Miami’s Rosenstiel School of Marine and Atmospheric Science and NOAA’s Atlantic Oceanographic and Meteorological Laboratory suggests that outplanting corals, specifically staghorn coral (Acropora cervicornis) from higher temperature waters to cooler waters, may be a better strategy to help corals recover from certain stressors. The researchers found that corals from reefs with higher average water temperatures showed greater healing than corals from cooler waters when exposed to heat stress.

To help improve the long term survival of nursery raised staghorn coral (Acropora cervicornis), Ruben van Hooidonk, a coral scientist with NOAA’s Atlantic Oceanographic and Meteorological Laboratory and the Cooperative Institute for Marine and Atmospheric Studies has developed a new experimental mapping tool i that ranks suitable outplant locations. There are currently at least seven coral nurseries in Florida that cultivate staghorn coral, representing one of the best opportunities to maintain resilient populations of this species. 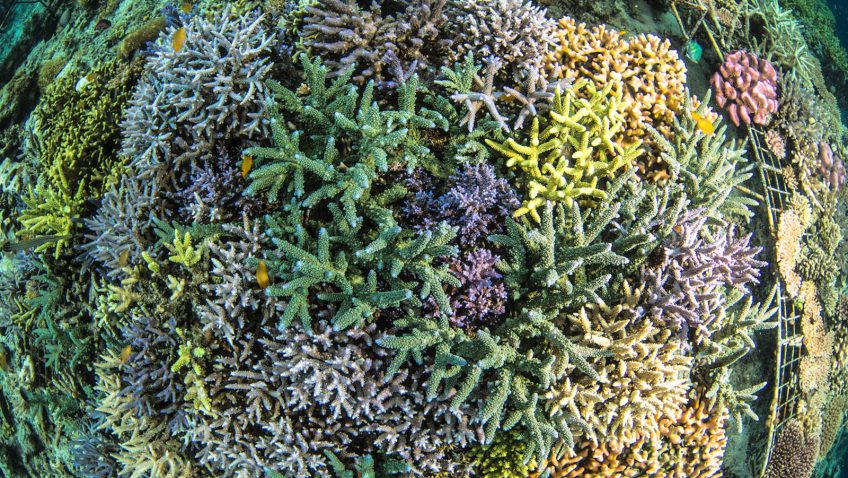 Recently the UN Environment Programme Report on coral bleaching projections for 2020 was published, updating work that was done in 2017 using a previous generation of global climate models to project coral reef bleaching globally. The report shows some interesting new results. Ruben van Hooidonk, a coral researcher at AOML and the University of Miami Rosenstiel School Cooperative Institute for Marine and Atmospheric Studies, was the lead author of the report. 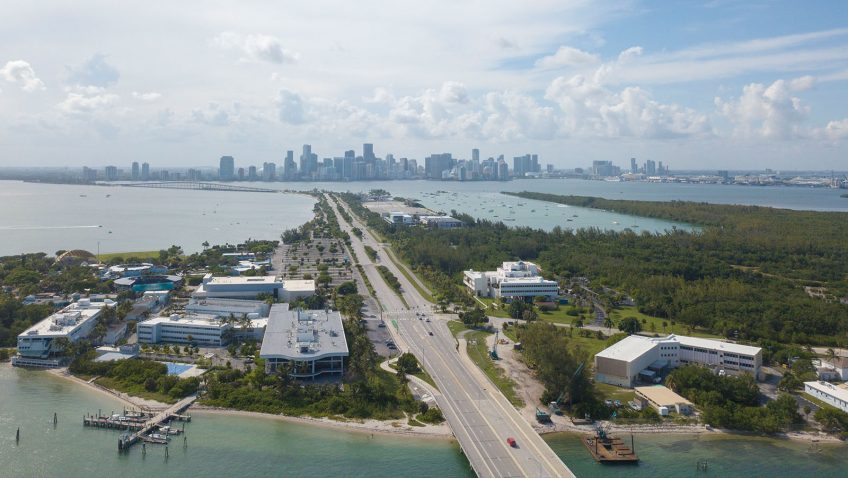 NOAA’s Modeling, Analysis, Predictions, and Projections (MAPP) program is funding a new collaborative project between the Atlantic Oceanographic and Meteorological Laboratory (AOML) and the Southeast Fisheries Science Center (SEFSC) to understand how a changing climate might be influencing commercially important fish stocks. This project will identify key climate and oceanic processes that affect the biology and chemistry of the ocean of relevance to the coastal open ocean species in the U.S. Gulf of Mexico and South Atlantic Bight, managed by NOAA Fisheries and the regional Fishery Management Councils. 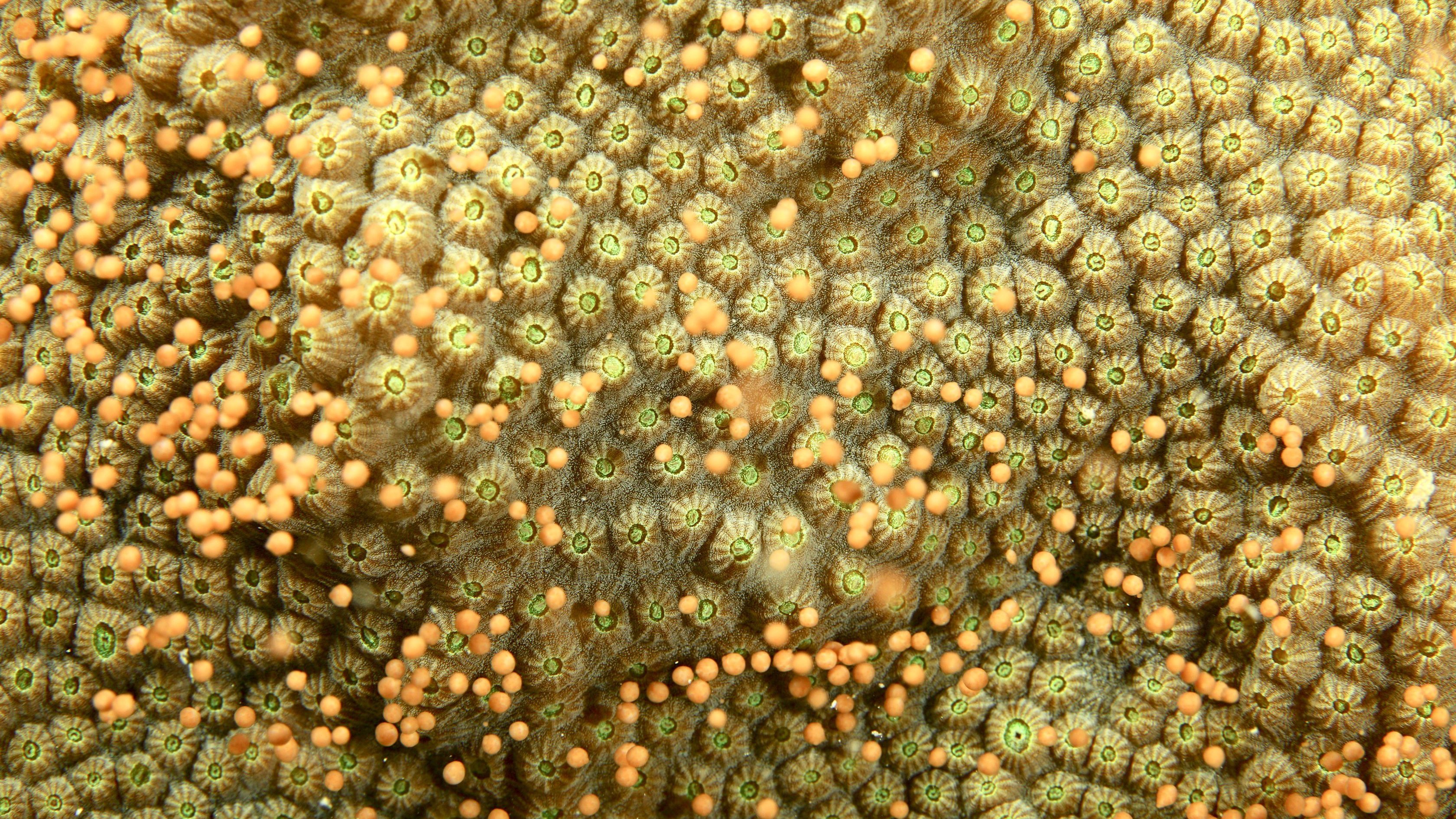 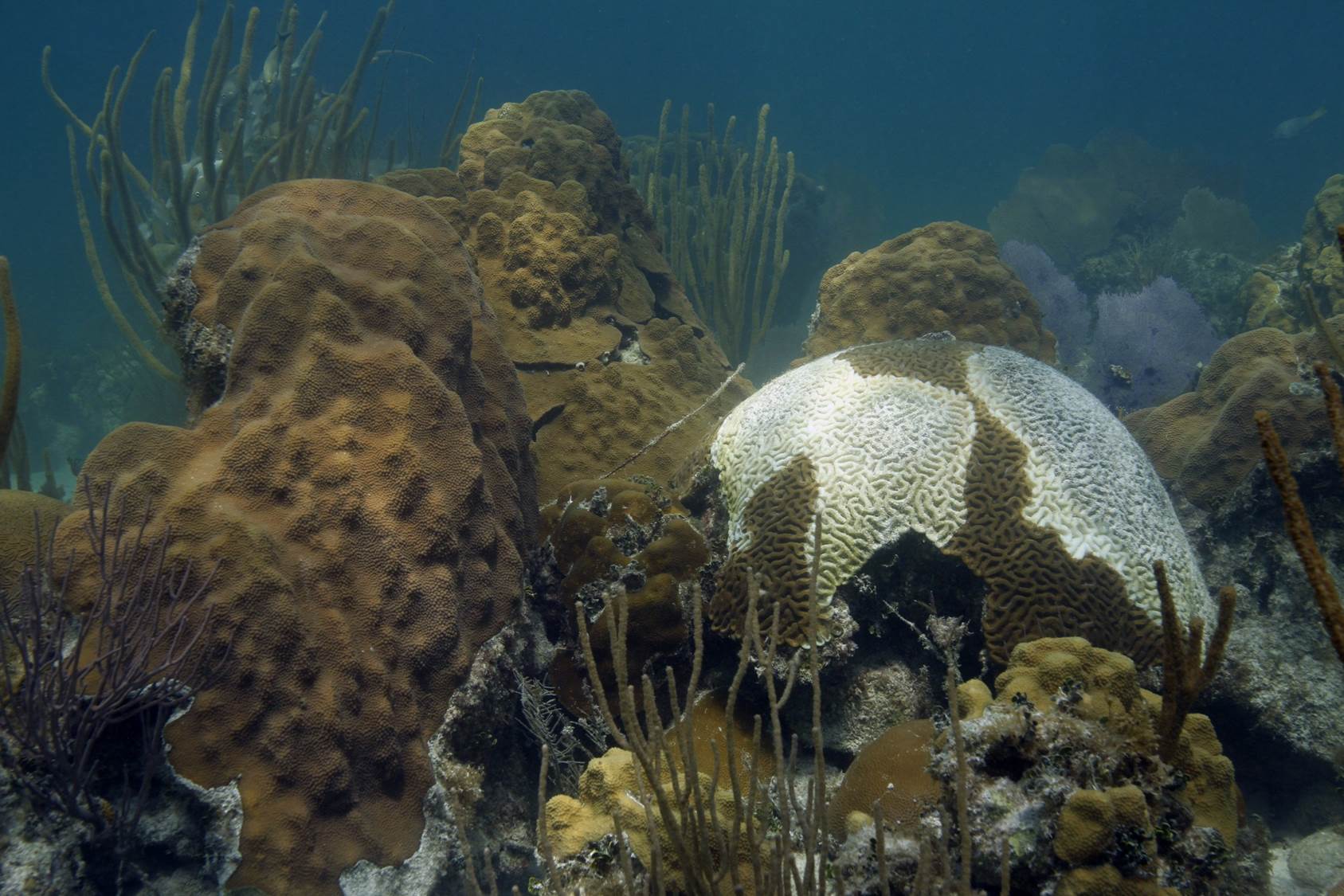 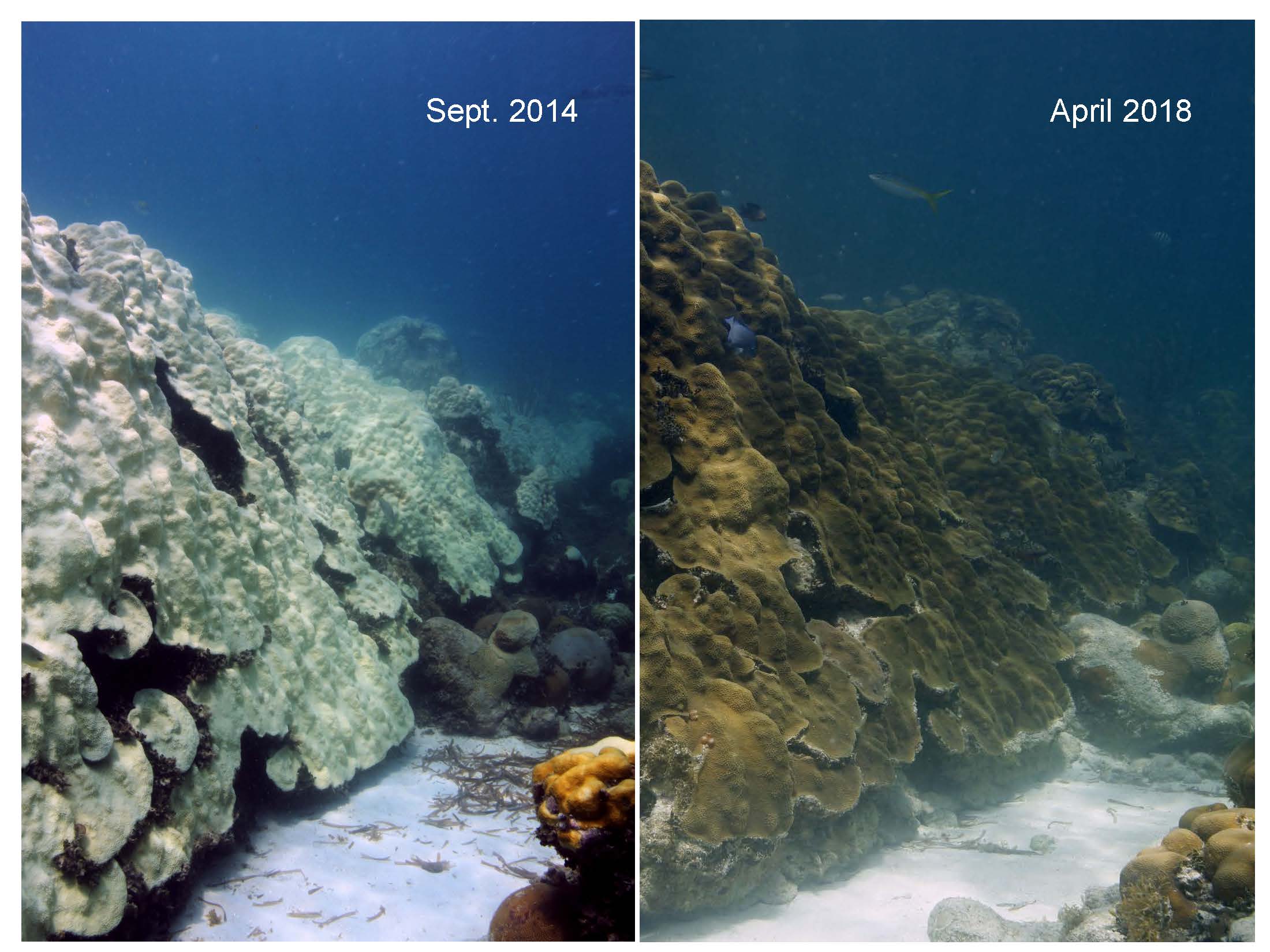 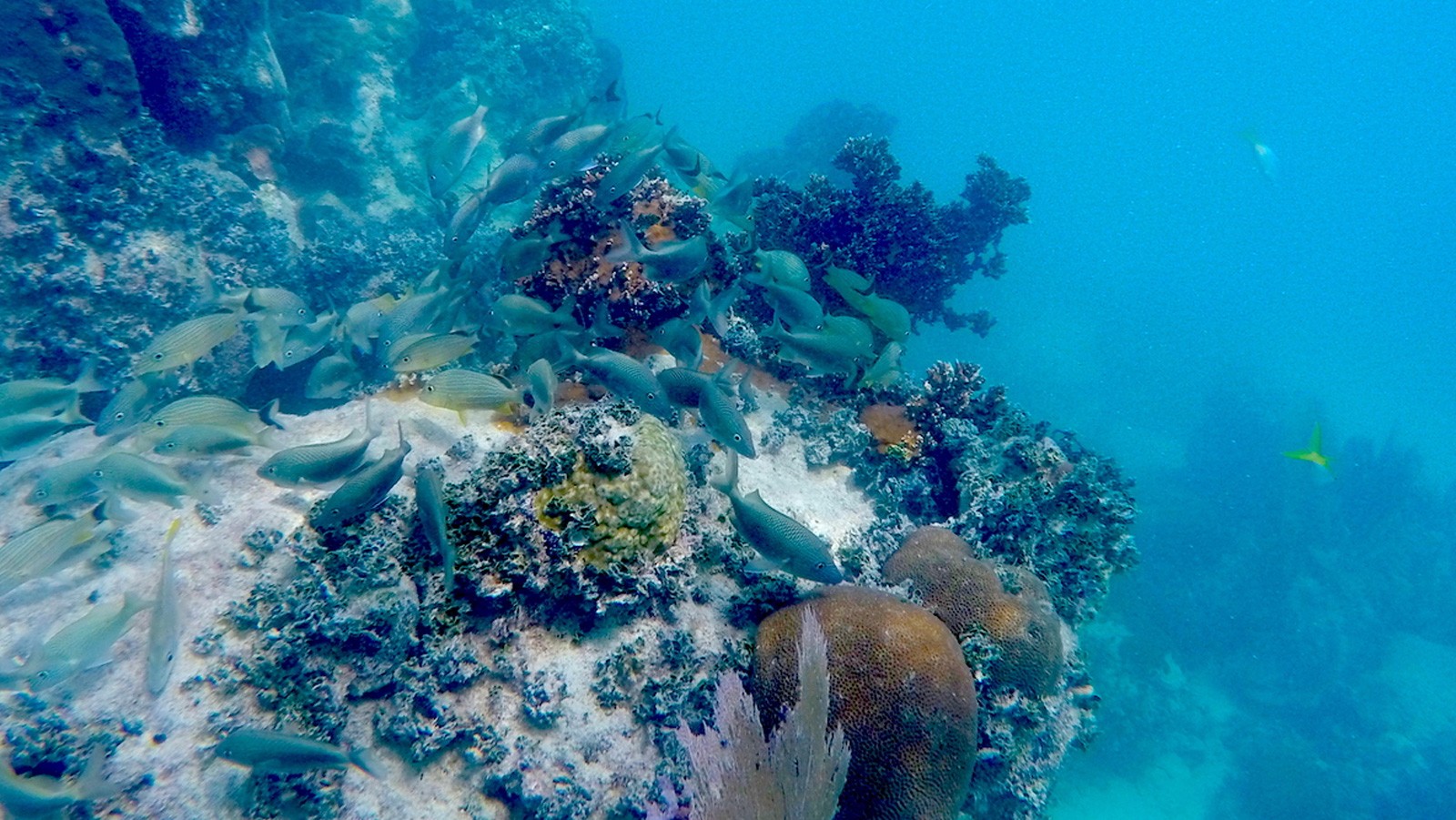 From March 1st through March 3rd, AOML coral scientists traveled to reefs in the Upper and Lower Florida Keys to swap out instruments being used for an ongoing coral bleaching study. Both pH and light loggers were collected and deployed at inshore and offshore study sites. 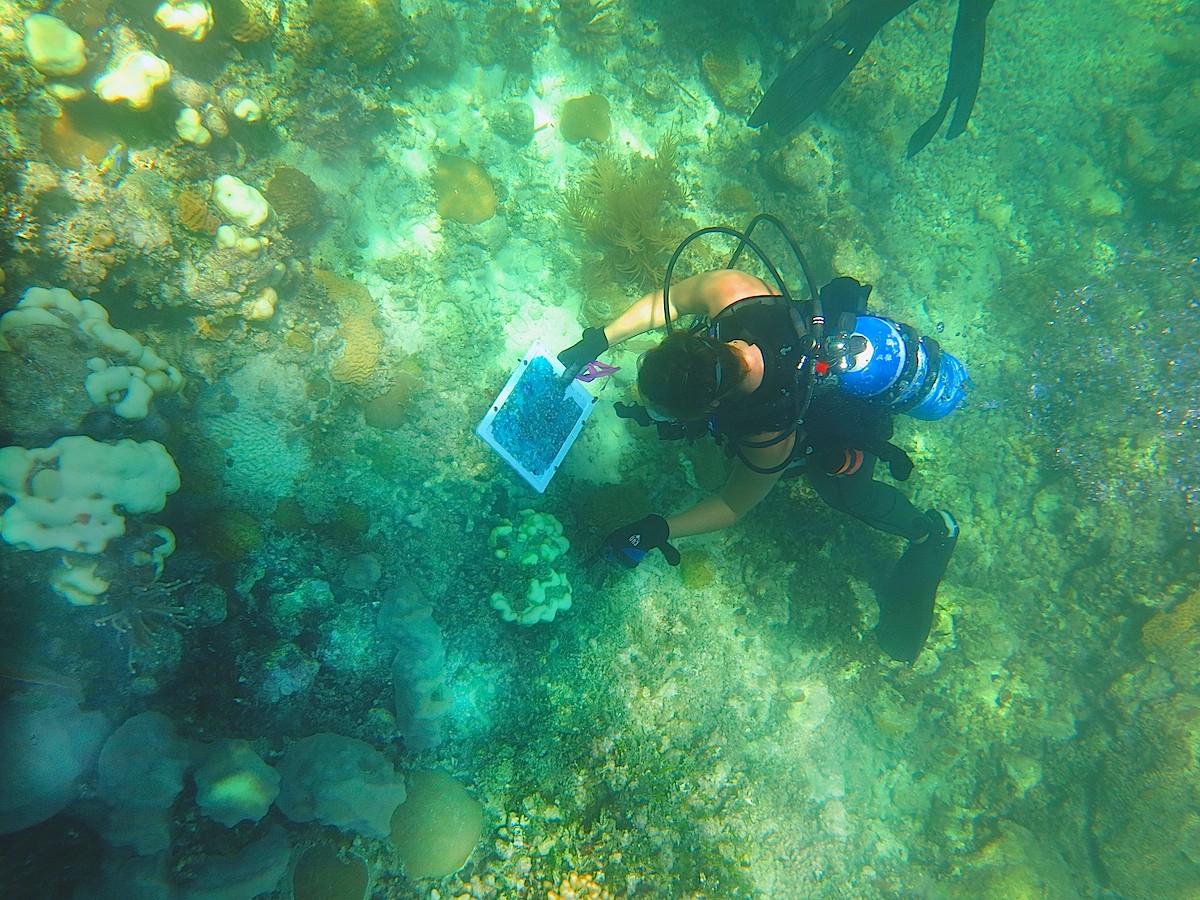 AOML coral researchers conducted a number of reef monitoring activities during the month of October at Cheeca Rocks off of Islamorada, Florida. Among the activities was the installation of new sensors to measure pH and photosynthetic light levels at the on-site MapCO2 buoy. The team also conducted benthic surveys and deployed a pH sensor at an inshore patch reef where they are conducting an experiment to examine the impacts of bleaching across Florida Keys reefs. They were also joined by a colleague from the University of Miami who conducted photo mosaic surveys of the reefs. A photo mosaic is a tool used by researchers to map reefscapes and involves the stitching together of hundreds of photos taken simultaneously across the reef to form one giant image. Photo mosaics provide coral researchers with an important tool to more accurately document community-wide changes in reef health. 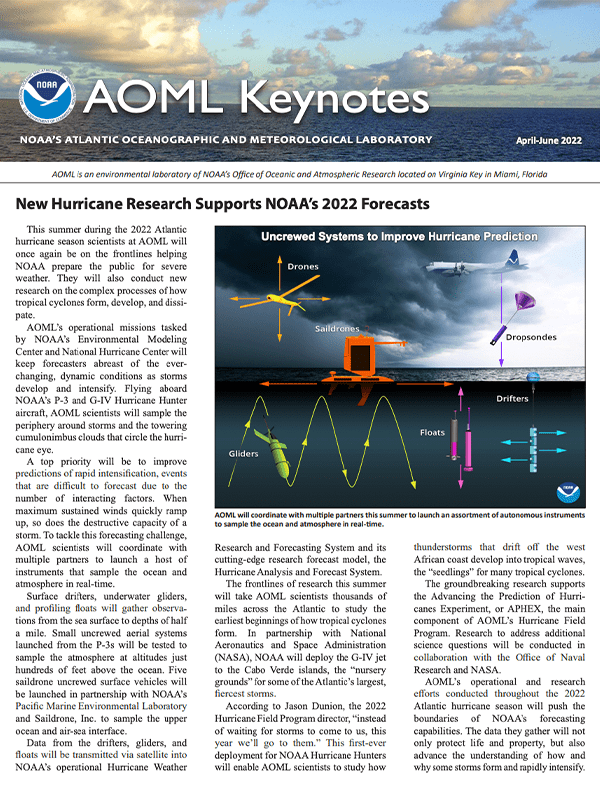