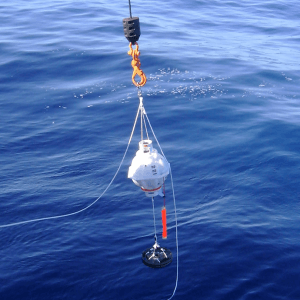 Deployment of a PIES mooring in the South Atlantic. Photo credit: NOAA/AOML

If you want to understand Earth’s climate and how it changes from year-to-year and decade-to-decade, look to the oceans, and follow the heat. The major driver in the redistribution of heat around the globe in the ocean-climate system is Meridional Overturning Circulation, or MOC. The MOC is a vertical circulation pattern that exchanges surface and deep waters via poleward movement of surface waters. As an example, the well known Gulf Stream on the eastern seaboard of North America carries warm water northward to the Greenland and Norwegian Seas, where it cools and sinks.

Scientists with AOML’s Physical Oceanography Division joined with partners from Argentina and Brazil in October to study the MOC at 34.5°S in the South Atlantic. On board the Argentine research vessel ARA Puerto Deseado, researchers united for the ninth joint cruise undertaken in support of the NOAA-funded Southwest Atlantic MOC (SAM) project since March 2009. Participants included researchers from the Universidade de Buenos Aires, the Servicio de Hidrografía Naval, the Instituto Nacional de Investigación y Desarrollo Pesquero, the Universidade Federal do Rio Grande, and the Universidade de Sao Paulo, as well as NOAA-AOML.

The MOC sinks at high latitudes and upwells elsewhere. Its variability is linked in numerical models to significant changes in precipitation patterns, surface air temperatures, and hurricane intensity over large portions of the Earth. NOAA-AOML serves in a leading role with its partners to collect observations of the South Atlantic portion of the global MOC system to gain a more complete understanding of its complex nature. A complete trans-basin instrument array to measure the MOC at 34.5°S is in the process of deployment, and NOAA instruments near the western boundary are the cornerstone of the full array.

On this fall 2014 cruise, scientists used ship-based instruments to acoustically download data from four pressure-equipped inverted echo sounder (PIES) moorings in the SAM array, as well as two similar Brazilian instruments. These instruments send sound pulses from their position near the ocean floor to the sea surface and listen for the return of the reflected sound waves. The round-trip acoustic travel time measurements are then combined with historical hydrographic data to obtain daily estimates of the temperature, salinity, and density for the full water column above the mooring. Meanwhile, the pressure gauges provide information on the variability of deep-water flows. The combination of data sets from the PIES moorings provides long-term observations of the shallow and deep western boundary currents at 34.5°S, key components in the MOC system.

The existing array is scheduled to continue through at least 2016, with annual or semi-annual cruises planned to collect new hydrographic information and acoustically download data from the array. NOAA’s contribution to this effort is funded by the Climate Program Office/Climate Observations Division and by AOML. 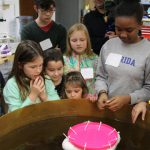 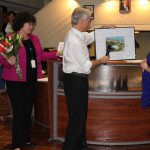 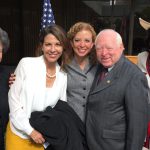 Swearing-In Ceremony of US Representatives 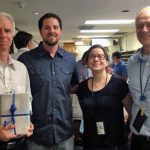 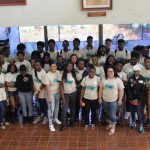 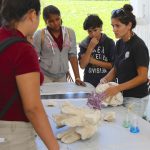 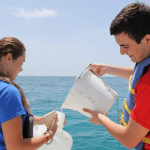 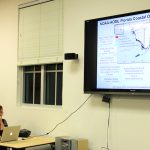