Argo, the broad-scale global array of temperature/salinity profiling floats, is a major component of the ocean observing system. Deployment of floats began in 2000. Conceptually, Argo builds on the existing upper-ocean thermal networks, extending their spatial and temporal coverage, depth range and accuracy, and enhancing them through addition of salinity and velocity measurements. The name Argo is chosen to emphasize the strong complementary relationship of the global float array with the Jason altimeter mission. For the first time, the physical state of the upper ocean is systematically measured and assimilated in near real-time.

The standard Argo float mission is as follows: The float the float descends to a target depth of 1000m to drift and then descends again to 2000m to start the temperature and salinity profile. In 2017, 84% of floats profile to depths greater than 1500m. 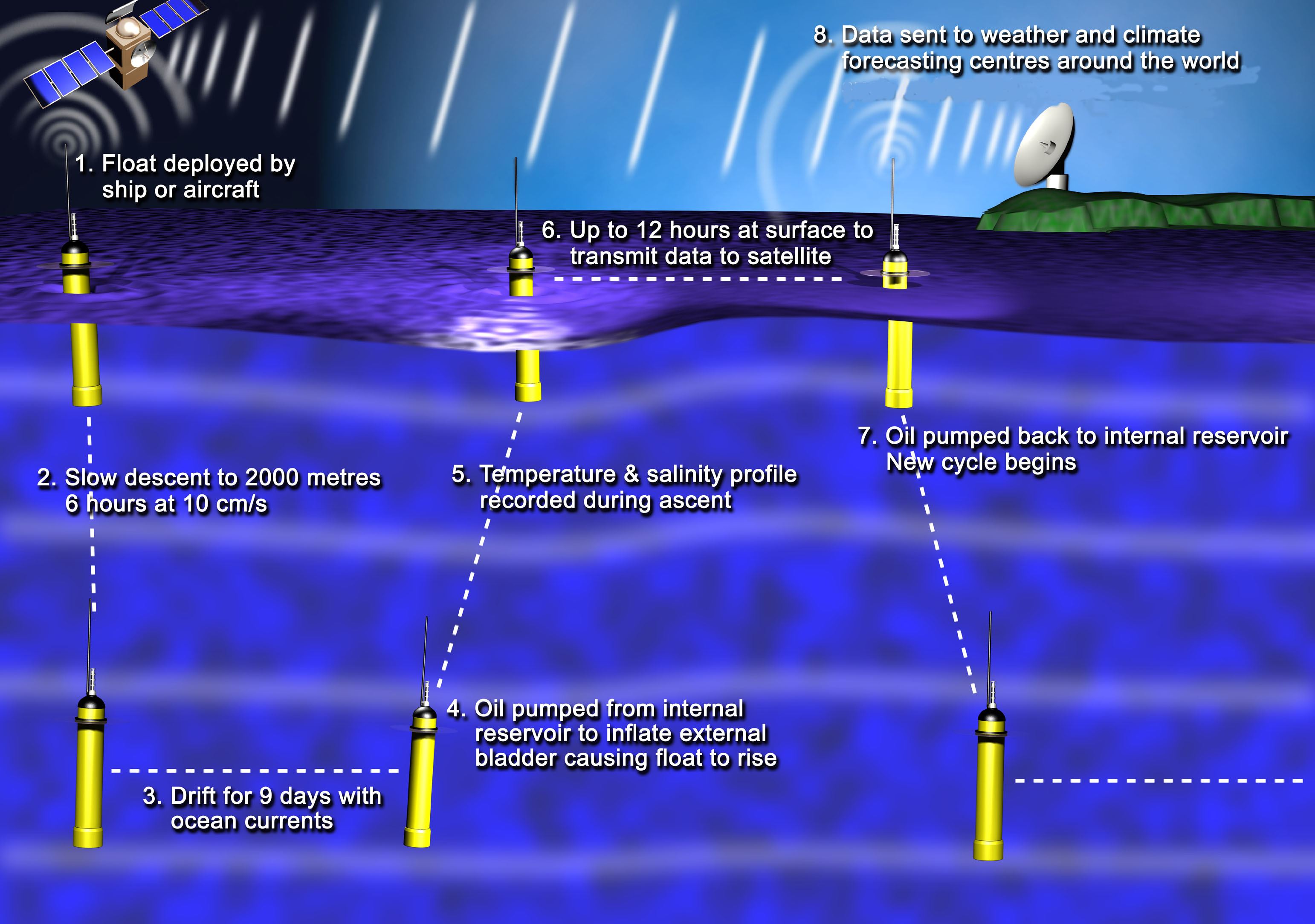 Argo program is coordinated trough an International Steering Team. The Argo Steering Team (AST) provides scientific leadership and oversees the development and implementation of the global array of profiling floats (known as the Argo Program) operated by national and regional Argo projects.

When a float surfaces, the data are transmitted and the float's position is determined either by Système Argos or by GPS. The Système Argos data are monitored by the Argo Information Centre (AIC) in France and then received by national Data Acquisition Centers (DACs). The data from floats using other communications systems may go directly to the float's owner before arriving at the DACs. At the DACs, they are subjected to initial scrutiny using an agreed upon set of real time quality control tests where erroneous data are flagged and/or corrected and the data are passed to Argo's two Global Data Assembly Centers (GDACS) in Brest, France and Monterey, California.

The GDACs are the first stage at which the freely available data can be obtained via the internet. The GDACs synchronize their data holdings to ensure consistent data is available on both sites. The data reach operational ocean and climate forecast/analysis centers via the Global Telecommunications System (GTS). The target is for these "real-time" data to be available within approximately 24 hours of their transmission from the float.