On Posted on April 4, 2017December 17, 2019 by AOML Communications to Physical Oceanography 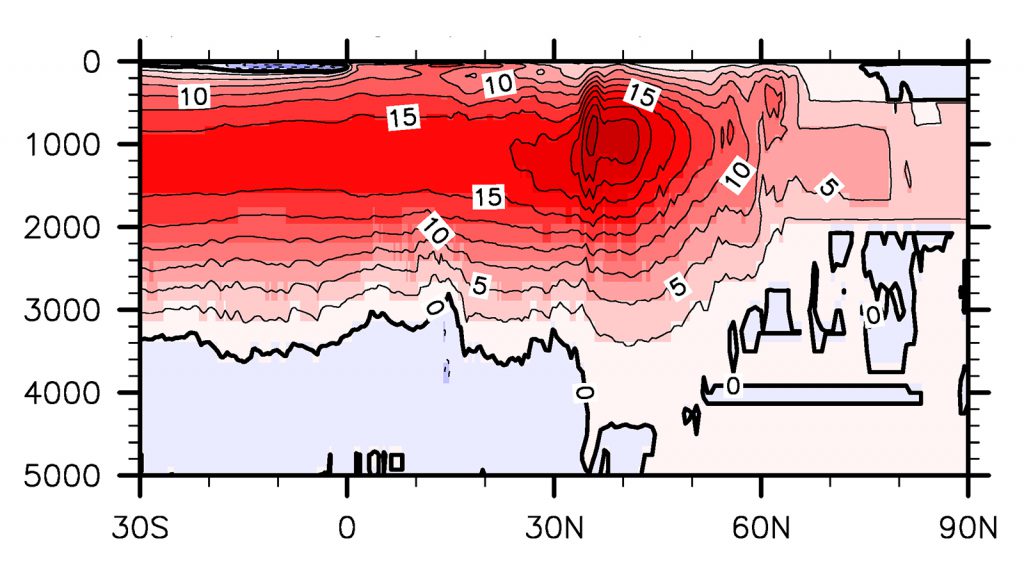 The Atlantic Meridional Overturning Circulation (AMOC) transports the upper warm water northward and the deep cold water southward in the Atlantic, and is a key component of the global energy balance. In many of the climate models that participate the Coupled Model Inter-comparison Project Phase 5 (CMIP5), the amplitudes of the AMOC agree very well with or are even larger than the observed value of about 18 Sv at 26.5N; but they still show cold upper ocean temperature biases in the North Atlantic. This suggests that the AMOC strength may not be the only factor that determines the meridional ocean heat transport. A common symptom in these models is that the returning flow of the AMOC at depth is too shallow. A shallow returning flow would carry excessive heat southward; thus the net northward heat transport by the AMOC would be weaker than the observed. We will present quantitative analysis that supports the above hypothesis using available observations, CMIP5 model outputs, and ocean and sea-ice model experiments.