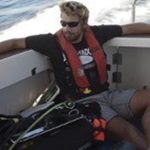 On Posted on August 16, 2021October 29, 2021 by Anderson Mayfield to Ocean Chemistry and Ecosystems

It can be hard to stay upbeat as a marine biologist, especially with the onslaught of existential threats like climate change facing the planet. Coral reefs are arguably the ecosystem that stands to lose the most with respect to climate change, namely because the resident organisms are highly sensitive to elevated temperatures. Furthermore, the limestone-based reef framework itself is diminishing before our eyes due to the accompanying  rise in carbon dioxide levels (which decreases oceanic pH, leading to ocean acidification). That being said, there are corals out there that display resilience, continuing to thrive in habitats that would appear decidedly marginalized to even the untrained eye. Turbid, low-visibility, warm (up to 93°F), and, at times, high-light reefs of the Upper Florida Keys inshore reef tract (Figure 1) are among those reefs that are faring better than one might expect. However, the now-prevalent “stony coral tissue loss disease” (SCTLD) is rapidly eating away at many of the corals that had previously adapted or acclimatized to nearly annual marine heatwaves (events that had already killed off many of these corals’ offshore brethren).

To better understand the mechanisms of resilience to high temperatures, we took small cores from colonies of the massive star coral Orbicella faveolata from both inshore and offshore reefs (with the latter being markedly less tolerant of rising temperatures) and exposed them to dramatically elevated temperatures in the “Experimental Reef Laboratory,” which was developed by NOAA researcher Ian Enochs to undertake just these types of studies. Upon sampling corals of diverse genotypes exposed to control and elevated temperatures at both short- (five days) and longer-term (one month) timescales, we extracted the proteins from the corals, as well as those of the symbiotic dinoflagellates that reside within their cells (and are, as it happens, responsible for the formation of all of Earth’s coral reefs). After extraction, we separated the proteins via liquid chromatography and sequenced the “proteomes” with a mass spectrometer.

After many months of developing novel analytical methods to characterize these complex “meta-proteomes” (i.e., the protein profiles of multiple organisms analyzed in tandem), we found that even control corals from these reefs of the Upper Florida Keys essentially utilize their cellular stress responses at all times. On the one hand, this trend, which we have documented in other coral species of the Indo-Pacific, could be seen as a desirable trait; perhaps these seemingly robust corals are just always “on,” ready to fight future environmental change at a moment’s notice. However, this is not a common strategy for any life form, from simple microbes to complex multicellular organisms; most of us know all too well that staying perpetually stressed is unsustainable and can lead to dramatic health decline. Like us, then, these corals are clearly living in a “new normal” with respect to the highly compromised state of their external surroundings, hence the dubbing of this epoch by scientists as the “Anthropocene.” Only time will tell if a constantly stressed phenotype is a viable means of persistence for these Caribbean reef builders, as well as other coral species across the globe.