The Hurricane Research Division (HRD) is comprised of field scientists and modelers dedicated to improving forecasts and creating a weather-ready nation by collecting observations, assimilating data, and streamlining modeling and prediction sciences. In addition, the longstanding Hurricane Field Program collects observations for many forecasting offices during hurricane season to better characterize, understand, and predict those physical process imperative to predicting the life cycle of a storm. HRD scientists create next generation numerical models, optimize current observations to improve forecast guidance, and study the structure and impacts of tropical storms.

The Hurricane Research Division (HRD) is comprised of field scientists and modelers dedicated to improving forecasts and creating a weather-ready nation by collecting observations, assimilating data, and streamlining modeling and prediction sciences. In addition, the longstanding Hurricane Field Program collects observations for many forecasting offices during hurricane season to better characterize, understand, and predict those physical process imperative to predicting the life cycle of a storm. HRD scientists create next generation numerical models, optimize current observations to improve forecast guidance, and study the structure and impacts of tropical storms.

Involves designing, testing, and automating optimal data collection, as well as quality control, analysis, and transmission of data to improve initialization and validation of operational and research tropical-cyclone models, and to further basic understanding. (Click image at left to learn more)

This research is aimed at developing and improving both multi-layer numerical and statistical-dynamical models for use in real-time tropical cyclone (TC) track and intensity forecasting. (Click image at left to learn more)

Focuses on the use of a wide range of observations for the state analysis of tropical systems and their near environments for the purpose of studying physical/dynamical processes and improving numerical forecasts by employing advanced ensemble-based and variational techniques. (Click image at left to learn more)

This research is aimed at improving our understanding of tropical cyclones through the application of fundamental physical principles of air motion, moist thermodynamics, and radiation. (Click image at left to learn more)

The multi-faceted nature of hurricane hazards (winds, storm surge, waves, heavy rainfall, flooding, mudslides, etc) continues to result in natural disasters with loss of life and property. AOML scientists are involved in research to advance the understanding of these impacts. (Click image at left to learn more)

and the Hurricane Field Program can be accessed from our Data page. 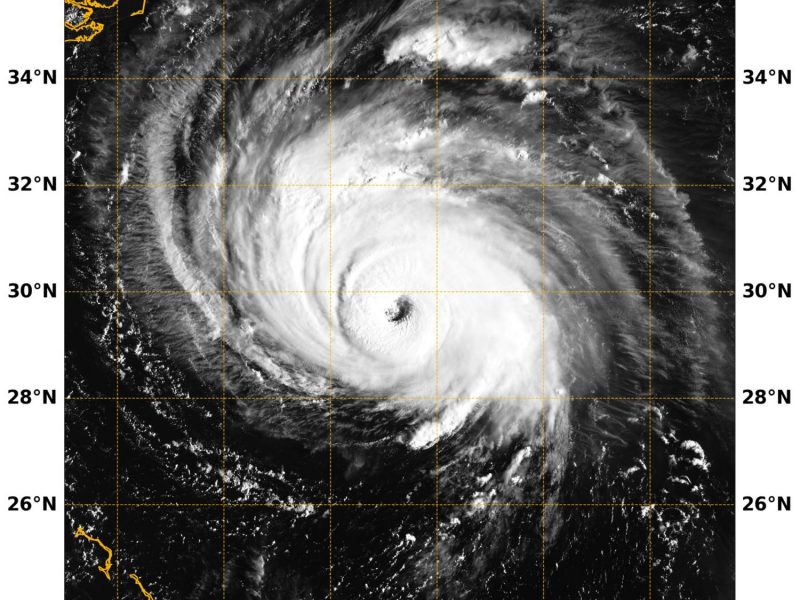 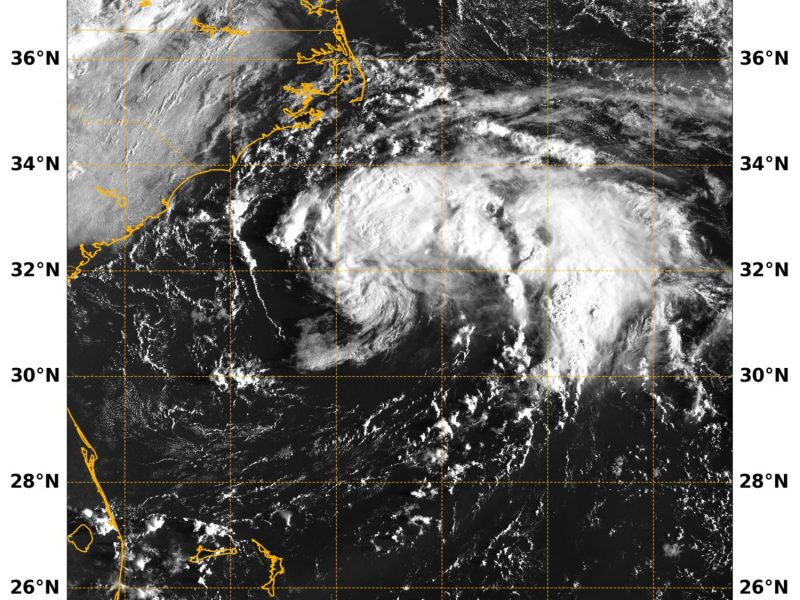 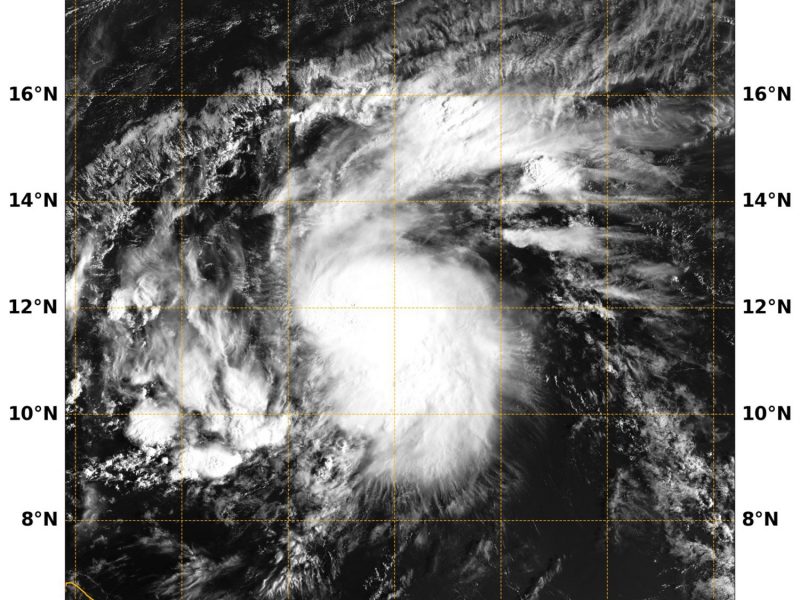 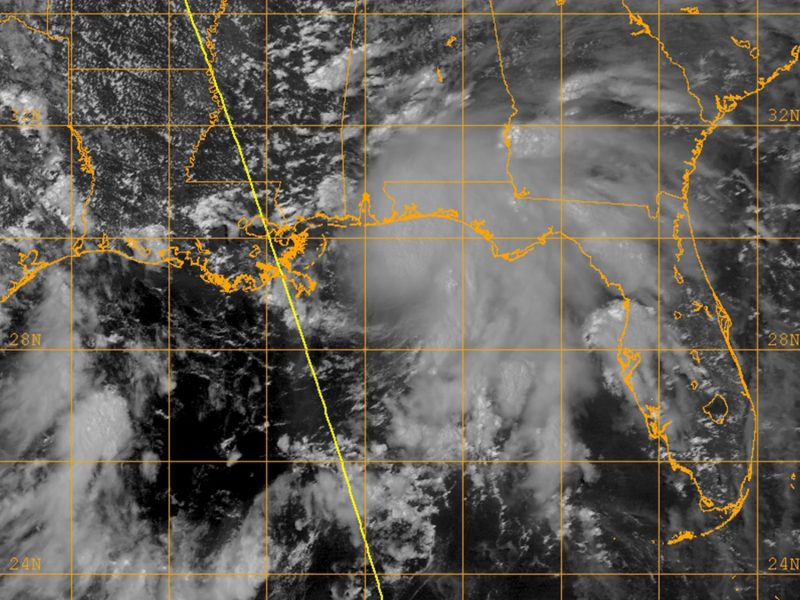 Each WP-3D aircraft has three radars: nose, lower fuselage, and tail. The nose radar (a solid-state C-band radar with a 5° circular beam) is used strictly for flight safety and is not recorded for research purposes. The lower fuselage and tail radars are used for operational and research purposes. The G-IV aircraft has a nose and a tail radar too.

Oceanographic instruments may be deployed from the WP-3D aircraft either from external chutes using explosive cads or from an internal drop chute. They activate upon hitting the ocean surface and radio sea temperature, salinity, and current information back to computers aboard the aircraft.

Among the suite of airborne remote sensing instruments available on the WP-3D aircraft for the purpose of measuring surface winds in and around tropical cyclones are the Stepped Frequency Microwave Radiometer and the C-band scatterometer (C-SCAT). The C-SCAT conically scans the ocean surfaceobtaining backscatter measurements from 20° to 50° off nadir

Data assimilation (DA) is a technique by which numerical model data and observations are combined to obtain an analysis that best represents the state of the atmospheric phenomena of interest. At HRD, the focus is on the utilization of a wide range of observations for the state analysis of tropical systems and their near environments to study their structure and physical/dynamical processes, and to improve numerical forecasts. Research includes the development and application of a state-of-the-art ensemble-based data assimilation system (the Hurricane Ensemble Data Assimilation System – HEDAS) with the operational Hurricane Weather Research and Forecast (HWRF) model, using airborne, satellite and other observations. In parallel, Observing System Simulation Experiments (OSSEs) are conducted for the systematic evaluation of proposed observational platforms geared toward the better sampling of tropical weather systems.

Numerical Modeling Group of AOML’s Hurricane Research Division  has greatly advanced NOAA‘s HWRF model. One of the group’s most recent accomplishments is the development of the High-resolution HWRF model, the first 3 km-resolution regional model to be officially adopted and run operationally by the NHC at the start of the 2012 hurricane season. The High-resolution HWRF model was developed by the Numerical Modeling Group through state-of-the-art research involving the following key elements:

In collaboration with NCEP‘s Environmental Modeling Center (EMC), and with the vital support of NOAA‘s Hurricane Forecast Improvement Project (HFIP), the AOML/HRD Numerical Modeling Group is fully committed for years to come to the development and further advancement of NOAA‘s HWRF modeling system.

The National Oceanic and Atmospheric Administration’s Oceanic and Atmospheric Research Dr. Daniel L. Albritton Outstanding Science Communicator Award recognizes outstanding achievement in communicating the meaning and value of NOAA-related science and research to non-scientific audiences. The award is named in honor of Dr. Daniel L. Albritton, a retired OAR scientist, who proved to be one of the most effective communicators of NOAA research and related science. 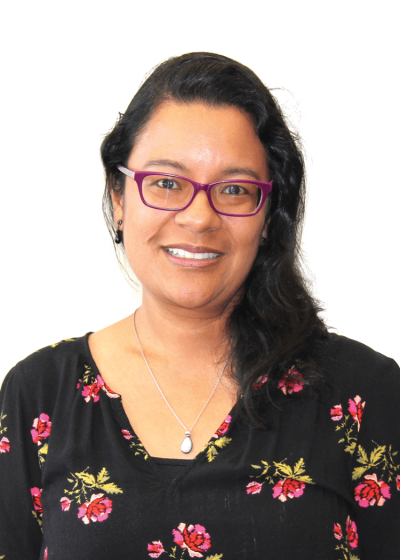 If you would like more information on the Hurricane Research Division, please contact Shirley Murillo, Deputy Director of the Division.

Get to Know Us!

Photo of inside the eye of Hurricane Florence. Photo credit: NOAA.

Photo of the P3 flying science lab on the tarmac ready for its next flight. Photo credit: NOAA

Sunrise photo above the clouds from a hurricane hunter aircraft. Photo credit: NOAA.

Photo of the wing of a P3 with an American flag in the background inside hanger in Lakeland, FL. Photo credit: NOAA.

The eye of a hurricane as seen by a P3 aircraft. Photo credit: NOAA.

The P3 aircraft have nicknames. This one is called Miss Piggy after one of Jim Henson’s The Muppets character. Photo credit: NOAA.

The wing of the P3 flying laboratory with a view of rainbow. Photo credit: NOAA.

Get Updates, Hear About Events, and See Recent Articles.