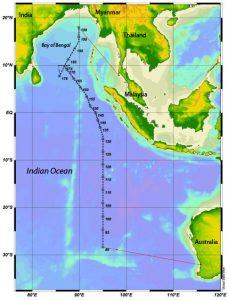 This GO-SHIP line is part of a 61-cruise schedule that will cover all ocean basins and will provide an assessment of changing heat and carbon content, as well as changes in ocean currents on decadal time scales.  The third occupation of the Indian Ocean transect followed a similar track to previous cruises in 1995 and 2007.  By repeating measurements of chemical and hydrographic parameters at decadal intervals, researchers gain insight on the effects of a changing climate on the physics, chemistry, and biology of the world’s oceans.

During the five-week cruise, oceanographers used multiple instruments to collect and analyze physical and biological parameters. Ship-based hydrography is essential for documenting ocean changes throughout the water column, especially in the deep ocean below two kilometers, which comprises 52% of the ocean volume and cannot currently be measured by profiling ARGO floats. The team used a Conductivity Temperature Depth and Oxygen (CTD-O2) sensor to measure salinity, temperature and oxygen continuously. The CTD-O2 sensor is connected to a water-sampling package to collect water samples at 36 depths, providing precise measurements of salinity and temperature at stations as deep as 6000 meters. 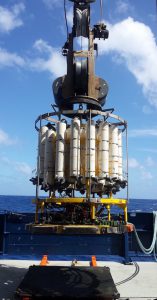 Instruments such as the ARGO float (left) and the CTD-O2 (right) are used by scientists aboard the GO-SHIP cruise to collect ocean measurements. Image credit: NOAA

In addition to the deep-sea measurements, oceanographers deployed ARGO profiling floats at select locations along the cruise track. ARGO floats descend from the surface to 2000 meters and remain at depth, moving along with deep ocean currents. Over its five-year lifespan, the floats rise to the surface every 10 days and capture a vertical profile of the ocean’s temperature and salinity. Several of the floats include oxygen, nitrate and pH sensors offering new insights on seasonal and spatial changes in these biogeochemical parameters in the vastly undersampled Indian Ocean.

These profiles, along with the surface Global Positioning System position, are then sent via satellite to AOML. There are currently over 3000 ARGO floats providing temperature and salinity data from all over the global ocean, and around 800 are deployed each year to keep the array active. By the end of the cruise the team deployed eight new floats in the Indian Ocean.

Instruments such as the ARGO float (left) and the CTD-O2 (right) are used by scientists aboard the GO-SHIP cruise to collect ocean measurements. Image credit: NOAA

The GO-SHIP Indian Ocean cruise supports global ocean observational efforts by providing important data that will serve as a baseline to assess changes in the ocean’s biogeochemical cycle in response to natural and anthropogenic activities. These collective observations are necessary to improve our knowledge of the complex interaction between our oceans and global climate. 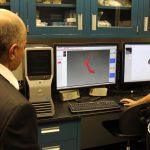 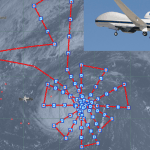 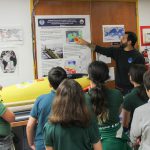 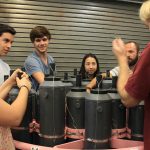 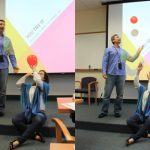 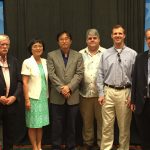 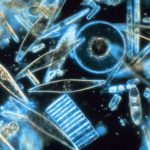 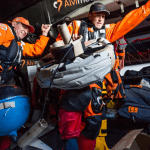